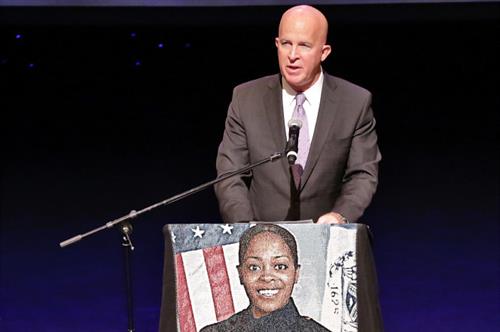 On August 20th, NYPD Commissioner James O’Neill officially announced the firing of Daniel Pantaleo, the police officer who was allegedly responsible for the death of Staten Island resident Eric Garner, back in 2014.

The incident caused a major outcry from the public as the video of the attack spread virally across the Internet and the news media. While the dismissal of Pantaleo, and the settlement of the civil case, has brought some closure to the family, the lack of any prosecutions, on the federal or state levels, sends a message that this type of police violence is condoned by the criminal justice system.

Randolph McLaughlin, co-chair of the Newman Ferrara Civil Rights Practice Group stated, “This case demonstrates why there was a need for the appointment of a special prosecutor in cases where a police officer kills an unarmed civilian.  In New York, Governor Cuomo has signed an Executive Order permitting the New York State Attorney General’s office to take over any cases involving the use of deadly force by police officers. However, we need legislation that will be on the books after the Governor has left office.”

Should you require assistance with any Civil Rights matters, please do not hesitate to call Mr. McLaughlin, or any member of our Civil Rights team, at 212-619-5400.