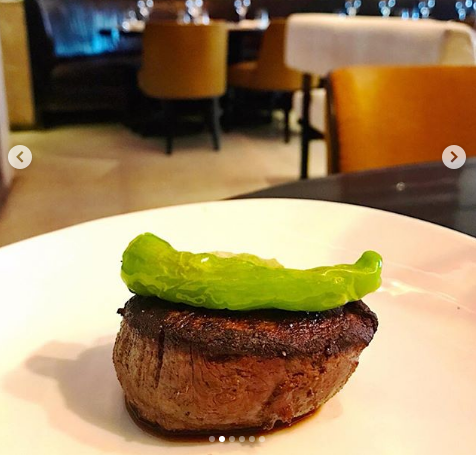 Back in 2008, restaurant owner David Tornek and Chef Sean Brasel opened a Miami Beach establishment called “Meat Market.” For a little over a decade, their “contemporary” steakhouse has been a Lincoln Road fixture.

Because they also have eateries in San Juan, and Palm Beach, with a Tampa location slated to open this summer (2019), we wanted to see how they’ve weathered the expansion and passage of time.

Their Miami Beach restaurant offers a $26 two-course lunch which includes a selection of appetizers, such as “salmon corn fritters” (reviewed Saturday), empanadas (reviewed Sunday), and a choice of fish and meat entrees (some with an up-charge).

Since my guests wanted to try the “Pan-Seared 6oz Mignon” — with choice of sauce: mushroom truffle, atomic horseradish, A-100 (+$11) — we decided to splurge and asked that it be prepped “medium rare.”

While some felt the meat was undercooked, others thought it was prepped just right and praised its juicy deliciousness.

Given our lack of consensus, the dish lost a few points, but still ended up with a pretty respectable “B” just the same.

[Because it was a nicely done piece of meat, this is probably the first time that I’ve rated a dish HIGHER than my companions did. I scored this a “B+” — even though we all had an issue with lusterless plating and the $11 up-charge (given the puny portion size).]i 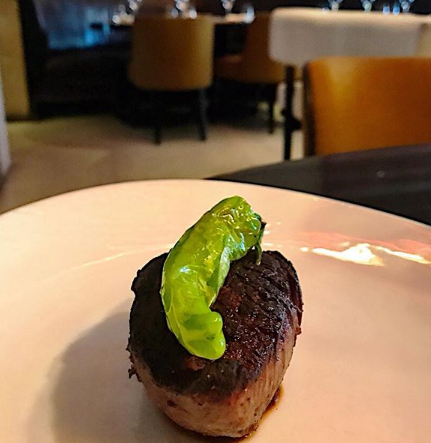 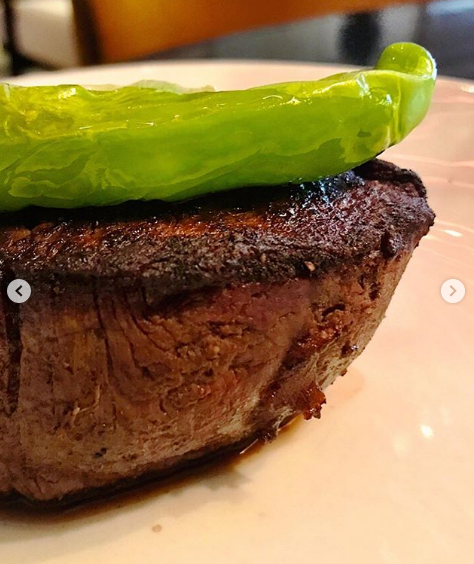 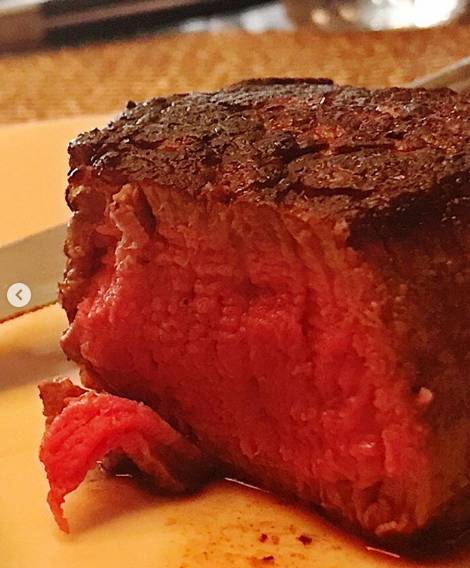