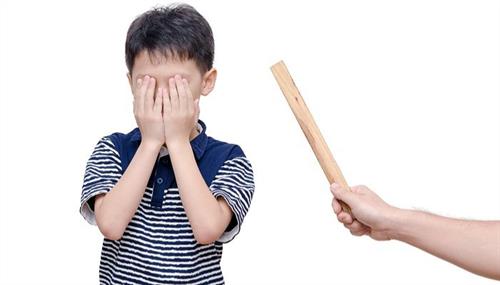 In a recent article by Crain’s New York, reporter Daniel Geiger highlighted how easy it is for landlords to defraud tenants, and violate rent regulations, largely due to a lack of government oversight and gaping loopholes in New York’s rent-regulation system.

A string of lawsuits against major landlords, like Bronstein Properties and Stellar Management, reveals how landlords can increase the monthly rent in renovated units by means of Individual Apartment Improvements, or “IAIs.” Under the law, landlords with more than thirty-five apartments can bump up rent equal to one-sixtieth of the cost of an IAI, while buildings with thirty-five apartments or fewer, can lift the rent to one-fortieth.

Although the idea of IAIs is to incentivize owners to make improvements so that apartments do not fall into disrepair, Geiger rightly points out that IAIs have been used by some landlords to manipulate and defraud their tenants.

“IAIs have been a potent tool for landlords because they allow as much spending as is necessary to boost an apartment's rent past a threshold known as high-rent deregulation, which permits a unit to become market-rate. That tipping point was $2,000 before 2011, when state lawmakers raised it to $2,500 and then $2,700. Built-in annual escalations have since lifted it to $2,775,” according to Geiger.

Indeed, while there are several other avenues that landlords can take to increase rent, such as through vacancy increases or major capital improvements (“MCIs”), IAIs are the most ripe for abuse, as IAIs do not need to be approved by Homes and Community Renewal, the state agency which oversees rent controlled and rent stabilized apartments, but are on the “honor system.”

To put that in perspective, when landlords want to renovate a bathroom, or an entire kitchen, they do not need to prove that the renovations were completed, nor need to submit proof of the purported costs for such updates unless and until a tenant disputes the work, or files a formal inquiry. Due to that loophole, the state “relies on tenants to sniff out impropriety and initiate a challenge,” Geiger notes.

Such a system is extremely problematic. Even if tenants were aware that the burden is on them to challenge the amount of improvements performed, most would rather not report or sue their landlord for fear of reprisal. Further, if and when a tenant does suspect fraud, the process to expose it can be quite costly. In its current form, the system incentivizes landlords to cheat, as they know that the risk of getting caught for inflating or fudging renovations is often slim. Privacy laws also make it hard for activists to hold landlords accountable as only current tenants have access to an apartments’ rental history, making such challenges exceedingly difficult.

However, not everyone thinks that the current system is problematic. Mitch Posilkin, an attorney with the Rent Stabilization Association, the city’s largest landlord trade group, told Crain’s, “we don't believe the system is fundamentally flawed. We lived through a time that predates many people's memory, in the 1970s and '80s, when there was widespread abandonment of housing. You need to encourage owners to invest.”

While some incentives should remain in place, so that landlords will attend to rent regulated units, in its current form, the system drives landlords to inflate renovation costs – assuming they even make them at all.

The New York City Department of Buildings oversees all building permits and the fact that some major landlords – like Bronstein Properties and Stellar – never filed for as many permits as they should have for the alleged renovations makes their heightened rent claims entirely suspect. “If the landlord really did $100,000 improvements on some of these apartments, there should be permits,” Lucas A. Ferrara, the tenants’ attorney, told Crain’s.

To make matters worse, a handful of these landlords, like Stellar, have been accused of using shell contracting companies to administer the renovations. By using entities that are owned, controlled, and/or operated by the landlord, ownership can artificially mark-up the “cost” of renovations; instead of hiring an independent, third-party contracting company who would likely be more impartial and more inclined to charge a fair-market rate for such work.

Under pressure from tenant advocacy groups and not-for-profits alike, the state agency entrusted with overseeing rent-regulated housing, has promised to increase IAI audits, which has averaged about 600 annually.

For now, only time will tell if our political leaders will take action and enforce the laws that are already on the books. As Aaron Carr, founder of Housing Rights Initiative put it, “sometimes a sleepy government needs a very big wake-up call.”

To read the full version of the Crain’s article, please click on the link below: https://www.crainsnewyork.com/features/landlords-are-exploiting-key-loophole-raise-rents-thousands-apartments