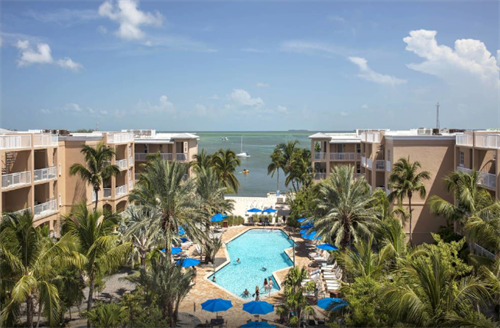 This week, a Florida federal judge sustained the central claims in a class action against Marriott Ownership Resorts and others arising out of Marriott’s points-based, MVC Trust timeshare plan. In particular, the class action challenges Marriott’s effort to sell points as parcels of real property when, in fact, the points are no more than membership rights for access to certain Marriott-owned properties. As alleged in the Amended Class Action Complaint, in order to create the illusion of a real property transaction, points are conveyed to purchasers using actual land deeds (called “Consumer Deeds”) that are recorded in Orange County, Florida. However, Plaintiffs allege that the Consumer Deeds are invalid because they lack any cognizable legal description of a real property interest being conveyed as required by Florida law. Instead, the Consumer Deeds refer only to non-public, Marriott-generated administrative codes (meant to symbolize point allotments) that cannot be traced or identified through any publicly-available document.

Judge Carlos E. Mendoza’s ruling agreed with Plaintiffs’ claim, concluding that “it is undisputed that the property descriptions contained within the Consumer Deeds, alone, are inadequate.” As described by a Law360 article covering the decision, “The consumer deeds linked to the MVC Trust timeshare product created by Marriott are void because they lack valid legal descriptions of the property interests being conveyed.” When contacted by Law360 about the decision, Newman Ferrara partner Jeffrey Norton, attorney for the Plaintiffs, explained that “because the MVC consumer deed is the basis for the conveyance of purported timeshare interests in the MVC Trust, a declaration voiding the instrument would mean every conveyance is void and would entitle purchasers to rescission.”

In addition to sustaining the central claim against Marriott, the court also sustained Plaintiffs’ claims against Orange County, Florida, which was alleged to have breached its legal duty to properly record land instruments. According to the Amended Class Action Complaint, “Orange County was instrumental in creating and perpetuating the MVC Trust scheme because it would blindly record and index whatever instrument Marriott presented and do so in the manner Marriott directed.” Although Orange County had argued that it was immune from suit under the sovereign immunity doctrine and that Plaintiffs’ claims lacked merit, the court found otherwise, holding that Florida law specifically provides that state agencies, like the County, are not immune from negligence actions where a specific statutory duty is breached. Further, because the court determined that Orange County had a duty to properly record and index instruments in the public records, it upheld Plaintiffs’ claims that Orange County breached its duty by recording and indexing the facially invalid Consumer Deeds and other unauthorized MVC Trust instruments.

Filed in May 2016 in the United States District Court for the Middle District of Florida by Newman Ferrara LLP, the lawsuit, entitled Lennen v. Marriott Ownership Resorts, Inc. et al., 16-cv-855 (CEM), targets Marriott and others for creating and selling the points-based timeshare program as a bona fide timeshare estate plan. The program allows purchasers to use points to reserve time at a number of corporately-owned timeshares around the county, where the title to those properties is held in a Florida land trust. While Marriott represents that the points represent a beneficial interest in the land trust, because the points are untethered to any identifiable physical property, or even a discernable percentage interest in the land trust, Plaintiffs claim it is, by law, not a real property interest at all but merely a use license.

The problem of illusory real property conveyance is that purchasers are burdened with all the financial obligations of property ownership, such as title insurance, closing costs, transfer tax, recording fees, and ongoing property maintenance fees, but deprived of the benefits, such as having a marketable asset. The points program is not only harming those purchasers who fell for the ruse, but also the thousands of owners of legitimate week-based timeshare estates whose units share resort property with the corporate-owned units in the MVC Trust. These individuals are experiencing increased competition for reservations in their home resort, increased costs of ownership, infringement of ownership rights, and diminished value and marketability of their real property.

A copy of the Plaintiffs Amended Class Action Complaint is available for review and download at: https://www.nfllp.com/cases/consumer-antitrust-and-other-litigation/lennen-v-marriott-ownership-resorts-inc-et-al-/
Categories: