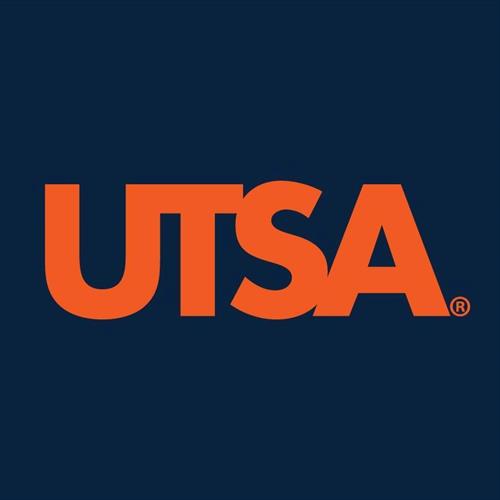 (San Antonio, September 5, 2018) -- A groundbreaking discovery by chemists at The University of Texas at San Antonio (UTSA) will have a significant impact on how pharmaceutical companies develop new drug treatments. The breakthrough involves fluorine, which forms the second strongest carbon bond (C-F) known to science, after the carbon-silicon (C-S) bond.

Fluorine is one of the most fundamental elements of life. In its fluoride form, it's a mineral with anti-acid properties used in toothpaste and drinking water to prevent dental cavities. This small, non-toxic element is also widely used by medicinal chemists in cancer treatment, antibiotics, anti-depressants, steroids and other drugs. Fluorine is prevalent in modern drugs because it stabilizes drugs and improves their biological activity.

For many years, researchers in the UTSA Metalloprotein Research Laboratory, led by Aimin Liu, a Lutcher Brown Distinguished Professor, have been studying the regulation of thiols, compounds that affect a variety of biological functions in mammals such as redox stress levels, energy balance, cellular signaling, heart health, and autoimmune and neurological conditions. When thiol levels are stable, individuals are generally healthy. When they increase too much and for too long, conditions such as rheumatoid arthritis, breast cancer, Alzheimer's and Parkinson's diseases can develop.

Cysteine dioxygenase (CDO) and cysteamine dioxygenase (ADO) regulate the body's thiol levels. When the thiol levels are elevated, CDO and ADO develop catalytic amplifiers to quickly remove thiol from the body. Scientists don't yet know precisely how the enzymes make the amplifiers. The UTSA researchers were studying this when they made their significant discovery.

The scientists performed a technique on CDO called genetic code expansion. The cutting-edge technique was brought to UTSA by post-doctoral fellow Jiasong Li, and was initially invented by The Peter G. Schultz laboratory at The Scripps Research Institute.

This is the first time that scientists have demonstrated the cleavage (breakage) of a carbon-fluorine bond through oxidation in proteins. This means that it may be possible that human bodies are capable of breaking these bonds in the drugs that are consumed.

The UTSA researchers also uncovered clues as to how thiols generate their catalytic amplifiers after the proteins are built. Their discovery is described in Nature Chemical Biology.

"This is an important discovery. More than 20 percent of pharmaceutical drugs contain fluorine," said Michael Doyle, the Rita and John Feik Distinguished University Chair in Medicinal Chemistry at UTSA. "Because of their strength, fluorine-carbon bonds resist normal drug metabolism and can extend the beneficial lifetime of the drug in the body. Fluorine in drug molecules can also increase their ability to cross membrane barriers and enter cells. That the carbon-fluorine is strongly resistant to cleavage is a long-held belief in medicinal chemistry. Professor Liu's discovery changes that."

To expand on their discovery, the Liu lab, including a third-year UTSA undergraduate student, graduate students, post-doctoral fellows and two staff chemists--Wendell Griffith and Daniel Wherritt--utilized a similar approach to determine the catalytic assembly of ADO, a sibling enzyme to CDO. In addition to successfully identifying the catalytic amplifier in ADO, they discovered a unique structural motif that hindered its detection by routine lab techniques. These findings are reported in another paper recently published in Angewandte Chemie, an internationally renowned chemical journal.

"Dr. Liu's laboratory provides excellent opportunities for students to get involved in very interesting and impactful research projects," said Waldemar Gorski, professor and chair of the UTSA Department of Chemistry.

While fluoride is widely used by medicinal chemists in drug treatments, Liu says his team's discovery should remind pharmaceutical companies that fluorine chemistry is very complex. Although valuable, he recommends that they proceed with caution, because there is still much to learn.

"We see a rush by pharmaceutical companies to get drugs through development, into clinical trials and on the market," said Liu. "This research reminds us that we need to be thorough and careful. Fluorine chemistry is very complex."

"This research is vitally important," said Howard Grimes, Interim Dean of the College of Sciences at UTSA. "Understanding the C-F bond is critical to our understanding of drug design and improving the lives of patients."