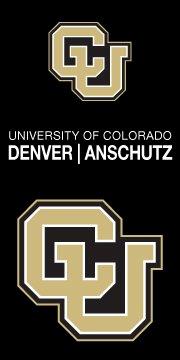 A University of Colorado Denver-led research team for the first time developed reliable genetic markers known as nuclear microsatellites for the whitebark pine, a discovery that could improve the tree's prospects for survival. Whitebark pine, which is declining rapidly nearly range-wide, is currently being considered for listing under the Endangered Species Act.

According to an article published today in PLOS ONE, the new genetic markers represent a useful and low-cost method for screening whitebark pine for levels of genetic variation, providing a tool with multiple applications for protecting the rapidly disappearing tree from going extinct. Prior attempts to find these markers for the whitebark pine failed due to the complexity and size of its genome, which is nearly nine times larger than the human genome.

"With this breakthrough, scientists can begin screening whitebark pines for disease resistance traits, for strategic seed collection and other conservation and climate change mitigation efforts," said Dr. Diana Tomback, a professor in the Department of Integrative Biology at CU Denver.

"Genetic screening using microsatellites is a fast, affordable tool that can help with research and restoration efforts for this special tree, which plays a significant ecological role in high-mountain ecosystems."

The imperiled high-altitude conifer ranges throughout the Western U.S. and Canada and is important for watershed protection and as food for wildlife, including Grizzly Bears. Threats to the whitebark pine include a non-native disease, mountain pine beetles, severe fire, as well as climate change.

CU Denver graduate student Marian Lea and Tomback led the research team that succeeded in developing 23 microsatellite markers for whitebark pine, including 10 that are newly developed and 13 that were transferred from other pine species.