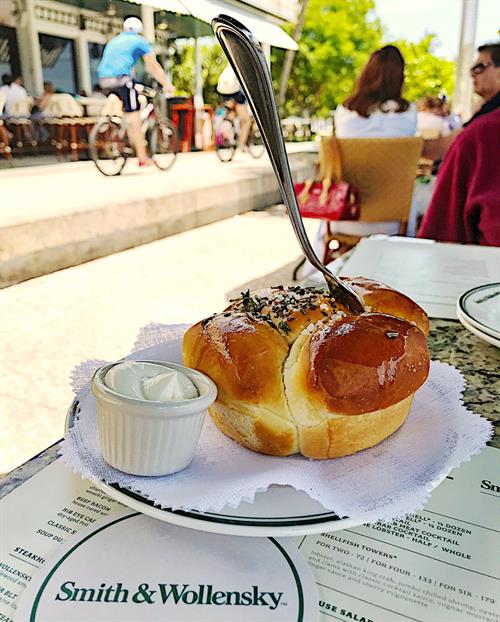 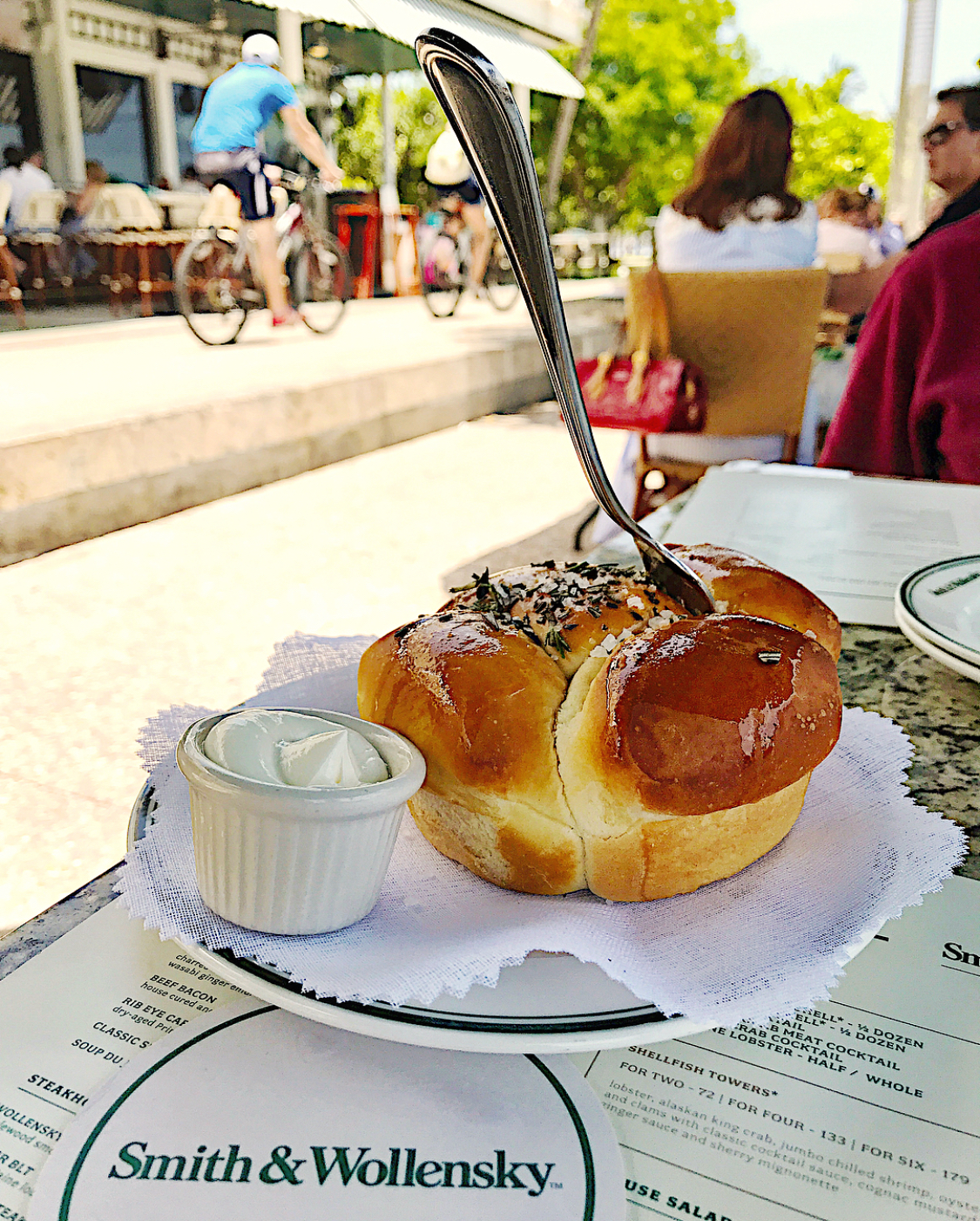 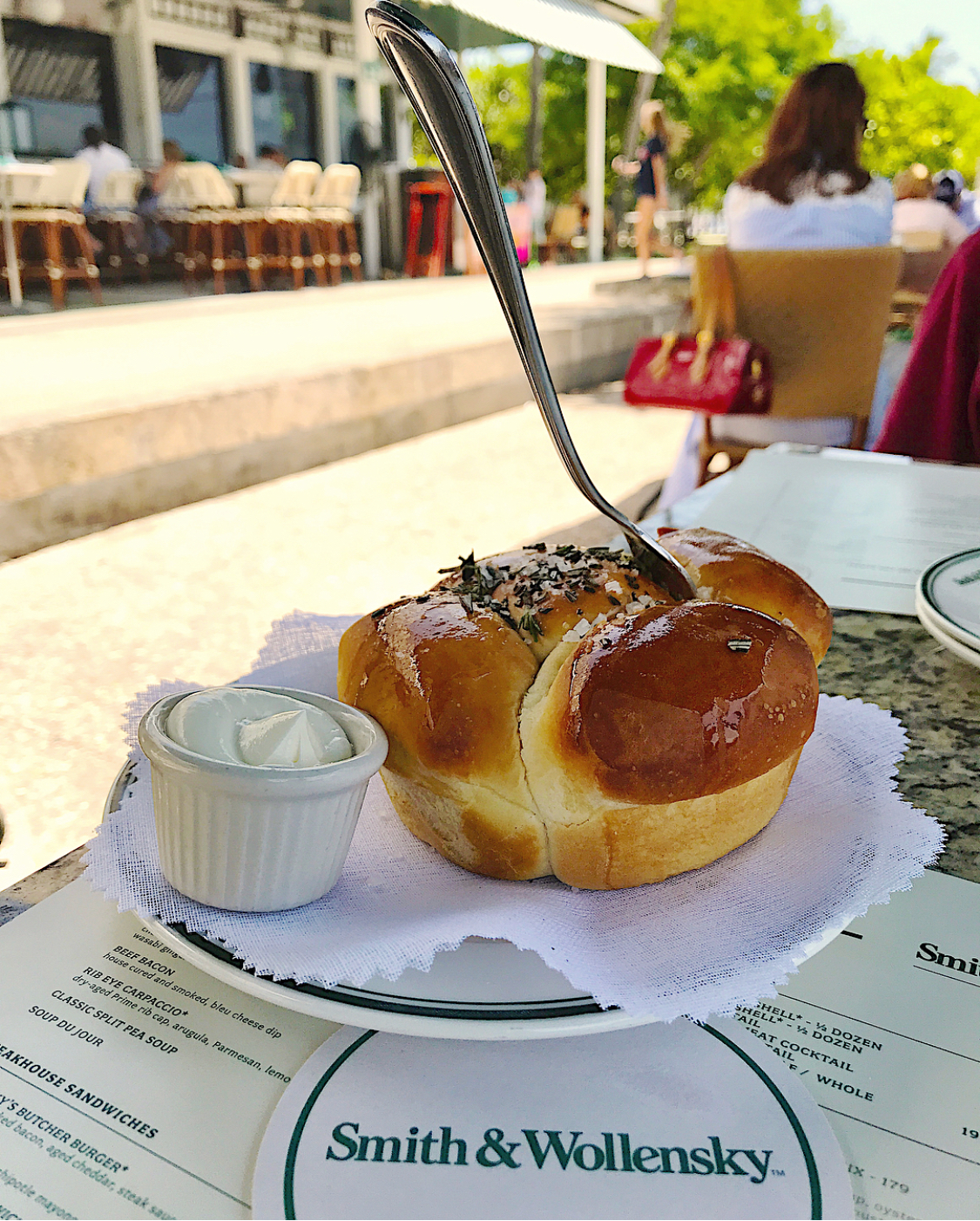 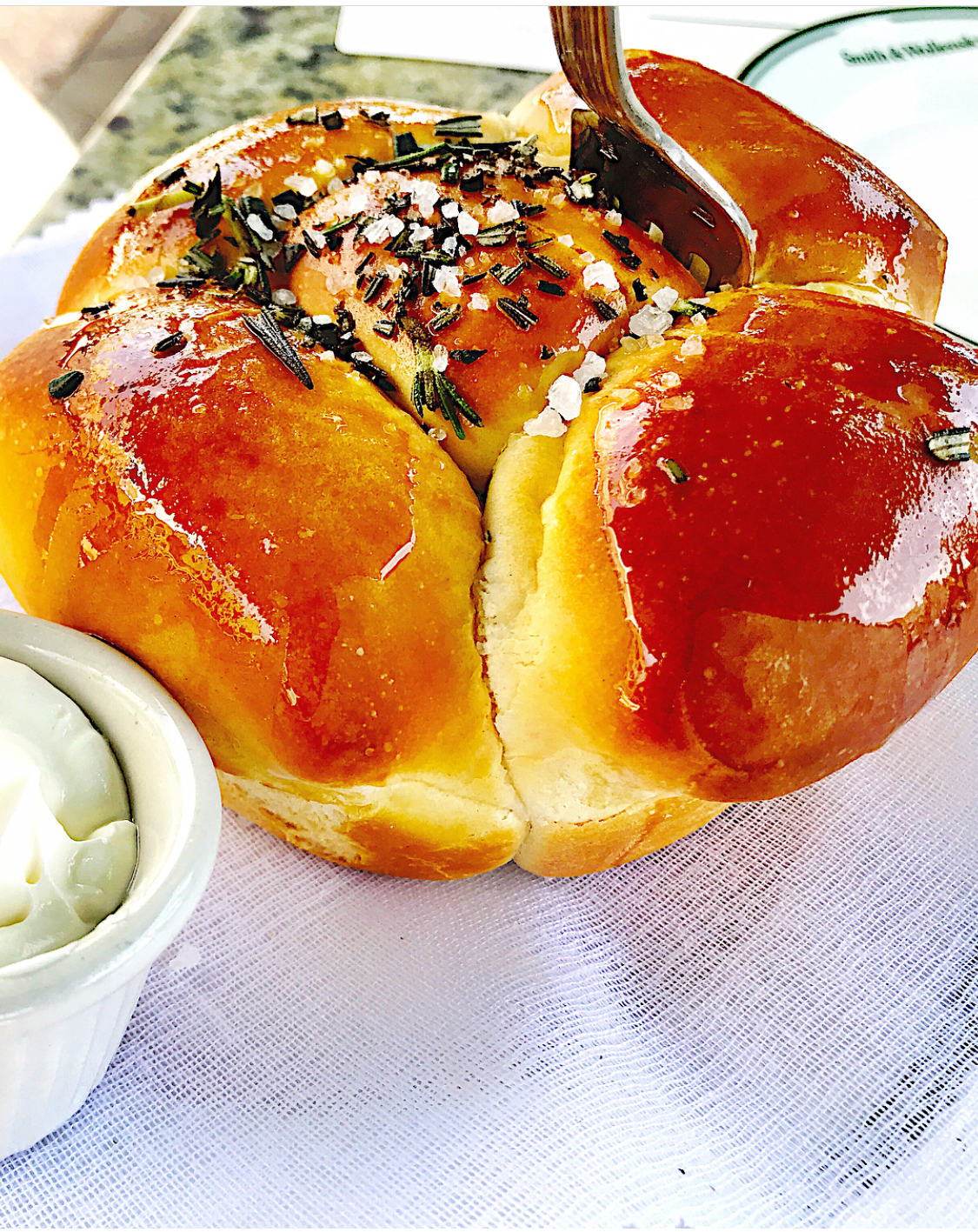 When we went to Miami’s “Smith & Wollensky” for lunch, the server brought over some bread. When I asked, “What’s this called?,” she responded rather quizzically, and curtly, “Bread.” Because we quickly devoured this thing, called “Bread,” it scored a “B+” — even in the face of the server’s snarkiness. (Points were lost because these “Buttered Rosemary Rolls,” were a bit salty and slightly greasy, but otherwise quite tasty.)