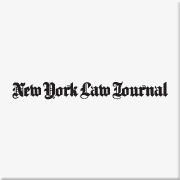 A Manhattan state court judge has awarded $24 million to a landlord in a lease dispute with a commercial tenant who switched lawyers four times over 16 months of litigation and upbraided the tenant for apparently trying to delay the case with numerous bankruptcy filings.

The commercial tenant entered into a lease in October 2015 for ground floor and basement space at 387 Park Ave. S. in Manhattan, in which the tenant agreed to build and run a French restaurant called Artisanal Fromagerie & Bistro, according to court papers.

Artisanal’s principals are Stephanie Schulman and Sarid Drory, who both signed the lease, court papers state.

But by December 2016, the bistro still had yet to be built out, and the landlord hit the tenant with a notice to cure, alleging that the tenant owed more than $145,000 in back rent.

The tenant subsequently filed suit, and Manhattan Supreme Court Justice Shirley Werner Kornreich of the Commercial Division motion for a “Yellowstone injunction,” a stay of a cure period named for a landmark 1968 decision by the Court of Appeals that prevents commercial landlords from terminating a lease while a dispute over an alleged lease default plays out in court.

But from that point, Kornreich said in a ruling published on Monday to dismiss the tenant’s suit, the case was held up several times by “frivolous” delays that included bankruptcy filings in the U.S. Bankruptcy Court for the Southern District of New York—the first filed in March 2017—and a changing cast of characters appearing in court on behalf of the tenant.

The cavalcade of law firms representing the tenant in the case began with Greenberg Traurig, which filed the motion for the Yellowstone injunction, but moved to be relieved the following month.

After Greenberg Traurig, the tenant hired David Rozenholc & Associates, next up was Adam Leitman Bailey, followed by Rosenberg & Estis.

Rosenberg & Estis was by the tenant’s side for a hearing on a second request for a Yellowstoneinjunction, but Kornreich shot down the request, citing the fact that the tenant had breached the terms of the first injunction, and calling out the tenant for employing “gamesmanship” in the proceedings.

“Your client has continually played the system,” Kornreich said to Rosenberg & Estis member Bradley Silverbush during oral arguments, according to a transcript of the proceedings.

After failing to convince Kornreich that the denial of the second injunction request should be reargued, Artisanal filed for bankruptcy in the Southern District for a second time, in August 2017.

But Bankruptcy Judge James Garrity Jr. issued a sharply worded ruling dismissing the case in which he said the tenant is a “repeat bankruptcy filer” that filed the two bankruptcies as part of “its litigation strategy.”

In November 2017, the tenant appeared with its fifth law firm, Goldberg Weprin Finkel Goldstein. With new counsel on board, Kornreich said, Kevin Nash of Goldberg Weprin “brazenly” removed the case to the U.S. Bankruptcy Court for the Southern District of New York to get back before Garrity, which again took the case out of Kornreich’s jurisdiction.

“There is no doubt in this court’s mind that this maneuver was another delay tactic that had no reasonable likelihood of success since Judge Garrity had already decided that tenant was to litigate the matter before this court,” Kornreich said in her dismissal order.

In a footnote to her ruling, Kornreich said she considered sanctions for Goldberg Weprin for its “frivolous conduct that was apparently designed solely to delay this case,” but said the admonishment should suffice.

In an interview, Nash defended his attempt to move the case back to bankruptcy court, saying he believed there was still value in the lease, which, according to court papers, was the tenant’s sole asset.

“I don’t think it’s a fair assessment because it was a proper removal,” Nash said.

Kornreich also awarded attorney fees for the landlord for both the lease dispute and the bankruptcy proceedings, struck the tenant’s complaints and pleadings and said that if she were to decide the case on the merits, the landlord would win.

Newman Ferrara attorneys Ricardo Vera, Noe Solorzano and Shirley Yang represented the landlord throughout the case. Lucas Ferrara, a name partner at the firm, said the case was a “long, drawn-out battle” and that the attorneys are pleased with the result, but declined to comment further on the case.