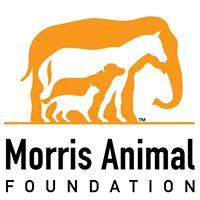 Finding could shed light on feline liver diseases, including cancer

DENVER- Morris Animal Foundation-funded researchers from the University of Sydney have found a previously undiscovered hepadnavirus in an immunocompromised cat, and subsequently in banked feline blood samples. The research team published their results today in the prestigious journal Viruses.

"This is a very exciting discovery," said Dr. Julia Beatty, Professor of Feline Medicine at the University of Sydney School of Veterinary Science. "The domestic cat hepadnavirus is in the same family as hepatitis B virus of people. Until now, we didn't know that companion animals could be get this type of infection. We obviously need to understand the impact of this infection on cat health."

Beatty noted that similar viruses can cause hepatitis and liver cancers in other species, but that there is no risk to humans or other pets from the newly discovered cat hepadnavirus.

"The importance of this finding cannot be overstated," said Dr. Kelly Diehl, Senior Scientific and Communications Adviser at Morris Animal Foundation. "Finding a new virus responsible for disease is the first step in developing a vaccine to prevent infection. It's especially exciting if the vaccine could prevent a future cancer from developing in immunocompromised or other vulnerable cats."

The team at the University of Sydney, led by Beatty, first identified the virus in a feline immunodeficiency virus positive cat that died of lymphoma, a common cancer of cats. Once the team identified the virus, they tested stored blood sample from adult pet cats. To the team's surprise, they found evidence of infection with the hepadnavirus in the banked samples. The new virus was identified in 10 percent of the FIV-infected cats and 3.2 percent of non-FIV infected cats.

"Apart from its relevance for feline health, this discovery helps us understand how hepatitis viruses, which can be deadly, are evolving in all species," said Beatty.

Morris Animal Foundation's mission is to bridge science and resources to advance the health of animals. Founded by a veterinarian in 1948, we fund and conduct critical health studies for the benefit of all animals. Learn more at morrisanimalfoundation.org.