As part of ongoing efforts to protect youth from the dangers of nicotine and tobacco products, the Federal Trade Commission (FTC) and the U.S. Food and Drug Administration (FDA) jointly issued 13 warning letters to manufacturers, distributors, and retailers for selling e-liquids used in e-cigarettes with labeling and/or advertising that resemble kid-friendly food products, such as juice boxes, candies, or cookies, some of them with cartoon-like imagery. Several of the companies receiving warning letters also were cited for illegally selling the products to minors.

“Protecting young children from unwarranted health and safety risks is one of our highest priorities,” said Acting FTC Chairman Maureen K. Ohlhausen. “Nicotine is highly toxic, and these letters make clear that marketing methods that put kids at risk of nicotine poisoning are unacceptable.”

“No child should be using any tobacco product, and no tobacco products should be marketed in a way that endangers kids – especially by using imagery that misleads them into thinking the products are things they’d eat or drink. Looking at these side-to-side comparisons is alarming. It is easy to see how a child could confuse these e-liquid products for something they believe they’ve consumed before – like a juice box. These are preventable accidents that have the potential to result in serious harm or even death. Companies selling these products have a responsibility to ensure they aren’t putting children in harm’s way or enticing youth use, and we’ll continue to take action against those who sell tobacco products to youth and market products in this egregious fashion,” said FDA Commissioner Scott Gottlieb, M.D.

“While we continue to encourage the development of potentially less harmful forms of nicotine delivery for currently addicted adult smokers, we will not allow that work to come at the expense of our children. The FDA remains committed to important efforts to restrict youth access, limit youth appeal and reduce toxic exposure to youth from all tobacco products – and we’ll continue to address these issues from every angle. We’re going to be taking a series of escalating actions under our new Youth Tobacco Prevention Plan, beginning with our actions last week targeting JUUL products, and continuing with today’s effort with our partners at the FTC. We appreciate the FTC in joining us in these actions.”

Some examples of the products outlined in the warning letters, and being sold through multiple online retailers, include: “One Mad Hit Juice Box,” which resembles children’s apple juice boxes, such as Tree Top-brand juice boxes; “Vape Heads Sour Smurf Sauce,” which resembles War Heads candy; and “V'Nilla Cookies & Milk,” which resembles Nilla Wafer and Golden Oreo cookies. Other products include “Whip’d Strawberry,” which resembles Reddi-wip dairy whipped topping, and “Twirly Pop,” which not only resembles a Unicorn Pop lollipop but is shipped with one.

In late 2017, the FDA started its investigation of tobacco product labeling and advertising that causes the tobacco products to imitate food products, particularly those that are marketed toward, or appealing to, children. The products noted in the warning letters are considered misbranded in violation of the Federal Food, Drug, and Cosmetic Act because their labeling and/or advertising imitating kid-friendly foods is false or misleading. 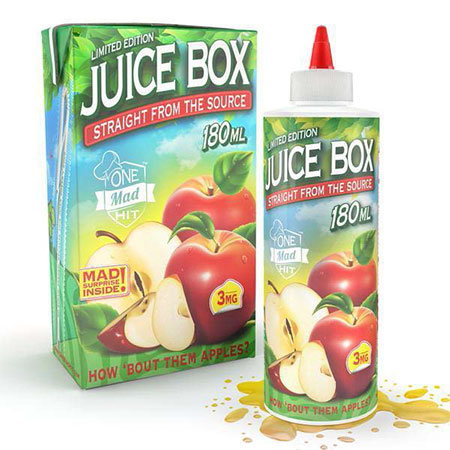 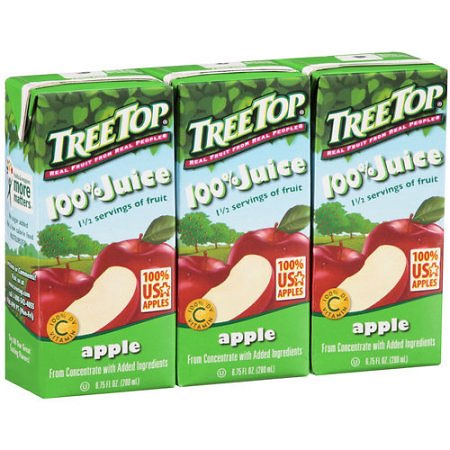 The FTC joined the warning letters under Section 5 of the FTC Act, which prohibits unfair or deceptive marketing practices. This prohibition includes practices that present unwarranted health or safety risks. The products at issue are marketed in packaging that resembles foods and drinks popular with young children, and have scents similar to the juice, cookies, or candies the packages mimic. Given the serious child poisonings due to ingestion of liquid nicotine, the FTC said that marketing these products in packaging that is likely to be particularly appealing to young children could present an unwarranted risk to health or safety.

The FTC and FDA have requested responses from each of the companies within 15 business days. The companies are directed to inform each agency of the specific actions taken to address each agency’s concerns. The warning letters also state that failure to correct violations may result in further enforcement action such as seizure or injunction.

The continuing rise in popularity of electronic nicotine devices (ENDS) such as e-cigarettes, which often use liquid nicotine or “e-liquids”, has coincided with an increase in calls to poison control centers and visits to emergency rooms.. According to a recent analysis(link is external) of National Poison Data System data, there were a total of 8,269 e-cigarette and liquid nicotine exposures among children younger than six between January 2012 and April 2017.

Children are at greater risk because exposure to the nicotine in the e-liquid product, even in relatively small amounts, could result in acute toxicity. Small children’s exposure to or ingestion of e-liquids can cause death from cardiac and respiratory arrest seizure, and coma.

The warning letters issued today are just one aspect of the FDA’s Youth Tobacco Prevention Plan, designed to limit youth access to all tobacco products. The agency continues to enforce important existing regulations specifically aimed at addressing youth access to ENDS, such as e-cigarettes, and other tobacco products, including the ban on the sale of tobacco products to youth under age 18, the requirement to verify age by photo identification, and the prohibition on free samples. This is important, as more than two million middle and high school students were current users of e-cigarettes and other ENDS in 2016, with flavor availability being one of the top reasons for use.

This use by children and teens is especially concerning because of evidence that youth exposure to nicotine affects the developing brain and may rewire it to be more susceptible to nicotine addiction in the future. In April, the FDA announced a nationwide blitz of brick-and-mortar and online retailers, and issued warning letters to businesses that sold JUUL brand products to minors.

The agency also sent a letter to JUUL Labs requiring the company to submit important documents to better understand the reportedly high rates of youth use and the particular youth appeal of these products. The agency has also expanded “The Real Cost” public education campaign with messages focused on preventing youth use of e-cigarettes and a full-scale campaign is planned for a September launch.

As previously announced as part of the FDA’s comprehensive plan on nicotine and tobacco regulation, the agency also is exploring clear and meaningful measures to make tobacco products less toxic, appealing and addictive with an intense focus on youth. In particular, the agency is considering product standards and other regulations for ENDS that would address known risks. This could include measures on flavors/designs that appeal to youth, child-resistant packaging, and product labeling to prevent accidental child exposure to liquid nicotine.

The FDA also issued an advance notice of proposed rulemaking in March to seek public comment on the role that flavors in tobacco products play in attracting youth. Additionally, the agency plans to explore additional restrictions on the sale and promotion of ENDS to further reduce youth exposure and access to these products.

The FDA, an agency within the U.S. Department of Health and Human Services, promotes and protects the public health by, among other things, assuring the safety, effectiveness, and security of human and veterinary drugs, vaccines and other biological products for human use, and medical devices. The agency also is responsible for the safety and security of our nation’s food supply, cosmetics, dietary supplements, products that give off electronic radiation, and for regulating tobacco products.