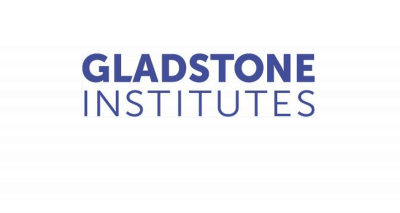 Unlocking a cell's potential to regenerate the heart

Some organisms have a remarkable capacity for regenerating tissue. If a fish or salamander suffers heart damage, for instance, their cells are able to divide and successfully repair the injured organ. Imagine if you could do the same.

In the embryo, human heart cells can divide and multiply, allowing the heart to grow and develop. The problem is that, right after birth, cardiomyocytes (heart muscle cells) lose their ability to divide. The same is true for many other human cells, including those of the brain, spinal cord, and pancreas.

"Because so many adult cells can't divide, your body can't replace cells that are lost, which causes disease," explained Deepak Srivastava, MD, president of the Gladstone Institutes and senior investigator. "If we could find a way to get these cells to divide again, we could regenerate a number of tissues."

For decades, the scientific community has been trying to do just that, with limited success. Until now, attempts have been ineffective and poorly reproducible.

In a new study published in the scientific journal Cell, Srivastava and his team finally reached this long-sought goal. They developed the first efficient and stable method to make adult cardiomyocytes divide and repair hearts damaged by heart attacks, at least in animal models.

Over 24 million people worldwide suffer from heart failure, with few treatment options available other than heart transplants for end-stage patients. The potential to create new muscle cells through cell division, much like a salamander does, could offer new hope to the millions living with damaged hearts.

Srivastava and his team identified four genes involved in controlling the cycle of cell division. They found that when combined--and only when combined--these genes cause mature cardiomyocytes to re-enter the cell cycle. This results in the cells dividing and rapidly reproducing.

"We discovered that when we increased the function of these four genes at the same time, the adult cells were able to start dividing again and regenerated heart tissue," said Tamer Mohamed, scientist at Tenaya Therapeutics and former postdoctoral scholar in Srivastava's laboratory, who is first author of the study. "We also showed that, after heart failure, this combination of genes significantly improves cardiac function."

The scientists tested their technique in animal models and cardiomyocytes derived from human stem cells. They used a rigorous approach to track whether the adult cells were truly dividing in the heart by genetically marking newly divided cells with a specific color that could be easily monitored. They demonstrated that 15-20 percent of the cardiomyocytes were able to divide and stay alive due to the four-gene cocktail.

"This represents a considerable increase in efficiency and reliability when compared to previous studies that could only cause up to 1 percent of cells to divide," said Srivastava, who is also a professor at UC San Francisco. "Of course, in human organs, the delivery of genes would have to be controlled carefully, since excessive or unwanted cell division could cause tumors."

To further simplify their technique, the team looked for ways to reduce the number of genes needed for cell division while maintaining efficiency. They found they could achieve the same results by replacing two of the four genes with two drug-like molecules.

The researchers believe that their technique could also be used to coax other types of adult cells to divide again, given that the four genes they used are not unique to the heart.

"Heart cells were particularly challenging because when they exit the cell cycle after birth, their state is really locked down--which might explain why we don't get heart tumors," said Srivastava. "Now that we know our method is successful with this difficult cell type, we think it could be used to unlock other cells' potential to divide, including nerve cells, pancreatic cells, hair cells in the ear, and retinal cells."

This could lead to a powerful regenerative approach to treat not only heart failure, but also brain damage, diabetes, hearing loss, and blindness. And one day, the human might just outperform the salamander.

About the Research Project

The paper "Regulation of Cell Cycle to Stimulate Adult Cardiomyocyte Proliferation and Cardiac Regeneration" was published online by Cell on March 1, 2018: http://www.cell.com/cell/fulltext/S0092-8674(18)30158-2.

Other authors include Yen-Sen Ang, Ping Zhou, Yu Huang, Aryé Elfenbein, and Amy Foley from Gladstone, as well as Sergey Magnitsky from UCSF.

The research was supported by the National Institutes of Health, the American Heart Association, the L.K. Whittier Foundation, the Roddenberry Foundation, the Younger Family Fund, and the California Institute for Regenerative Medicine.

About the Gladstone Institutes

To ensure our work does the greatest good, the Gladstone Institutes (gladstone.org) focuses on conditions with profound medical, economic, and social impact--unsolved diseases. Gladstone is an independent, nonprofit life science research organization that uses visionary science and technology to overcome disease. It has an academic affiliation with UC San Francisco.