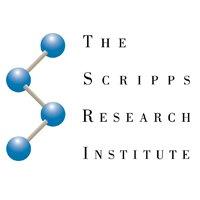 Scientists on the Florida campus of The Scripps Research Institute (TSRI) have discovered a new target for treating major depressive disorder, a disease that affects more than 16 million American adults. Their research shows that individuals with high levels of an enigmatic receptor called GPR158 may be more susceptible to depression following chronic stress.

"The next step in this process is to come up with a drug that can target this receptor," says Kirill Martemyanov, PhD, co-chair of the TSRI Department of Neuroscience and senior author of the new study, published recently in the journal eLife.

The researchers say there is an urgent need for new drug targets in major depressive disorder. Current pharmacological treatments for depression can take a month to start working--and they don't work in all patients.

"We need to know what is happening in the brain so that we can develop more efficient therapies," says Cesare Orlandi, PhD, senior research associate at TSRI and co-first author of the study.

The researchers zeroed in on GPR158 as a player in depression after discovering that the protein is elevated in people with major depressive disorder. To better understand GPR158's role, the scientists studied male and female mice with and without GPR158 receptors.

Behavioral tests revealed that both male and female mice with elevated GPR158 show signs of depression following chronic stress. On the flip side, suppression of GPR158 protects mice from developing depressive-like behaviors and make them resilient to stress.

Next, the researchers examined why GPR158 has these effects on depression. The team demonstrated that GPR158 affects key signaling pathways involved in mood regulation in the region of the brain called prefrontal cortex, though the researchers emphasized that the exact mechanisms remain to be established.

Martemyanov explains that GPR158 is a so-called "orphan receptor" (which gets its name because its binding partner/partners are unknown) with a poorly understood biology and mechanism of action. GPR158 appears to work downstream from other important brain systems, such as the GABA, a major player in the brain's inhibitory control and adrenergic system involved in stress effects.

"This is really new biology and we still need to learn a lot," says Martemyanov.

The study also offers a potential clue to why some people are more susceptible to mental illness. Because mice without GPR158 don't alter their behavior after chronic stress, the researchers concluded these mice were naturally more resilient against depression. Their genetics, or gene expression, offer a layer of protection.

Laurie Sutton, PhD, a research associate at TSRI and co-first author of the study, says this finding matches what doctors have noticed in people who have experienced chronic stress. "There's always a small population that is resilient--they don't show the depressive phenotype," says Sutton.

As the search goes on for additional targets for depression, Martemyanov says scientists areincreasingly using new tools in genome analysis to identify orphan receptors like GPR158. "Those are the untapped biology of our genomes, with significant potential for development of innovative therapeutics," he says.

About The Scripps Research Institute

The Scripps Research Institute (TSRI) is one of the world's largest independent, not-for-profit organizations focusing on research in the biomedical sciences. TSRI is internationally recognized for its contributions to science and health, including its role in laying the foundation for new treatments for cancer, rheumatoid arthritis, hemophilia, and other diseases. An institution that evolved from the Scripps Metabolic Clinic founded by philanthropist Ellen Browning Scripps in 1924, the institute now employs more than 2,500 people on its campuses in La Jolla, CA, and Jupiter, FL, where its renowned scientists--including two Nobel laureates and 20 members of the National Academies of Science, Engineering or Medicine--work toward their next discoveries. The institute's graduate program, which awards PhD degrees in biology and chemistry, ranks among the top ten of its kind in the nation. In October 2016, TSRI announced a strategic affiliation with the California Institute for Biomedical Research (Calibr), representing a renewed commitment to the discovery and development of new medicines to address unmet medical needs. For more information, see http://www.scripps.edu.