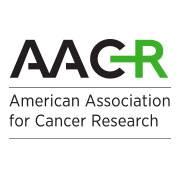 Background: "The pediatric oncology community is becoming increasingly aware that there are new issues faced by many cancer survivors that may not manifest themselves until decades after their cancer treatment is done," said Armenian. "One of these issues is a higher burden of cardiovascular disease, which can result from exposure to anthracyclines [a class of chemotherapy] as part of their cancer treatment."

Because of known anthracycline-induced cardiotoxicity, it is recommended that childhood cancer survivors undergo screening for the detection of heart dysfunction following the completion of their treatment. Screening via echocardiography is the standard of care for monitoring heart function, yet this technique can be highly variable and has many limitations, noted Armenian. CMR imaging is an alternative screening method and is regarded as the gold standard; however, this screening approach is expensive and is not widely accessible.

Furthermore, while 90 percent of long-term cancer survivors (individuals surviving more than five years after their initial diagnosis) are actively engaged in regular medical care, less than 30 percent of this population undergo routine recommended risk-based screening, Armenian explained. "We need a method to facilitate the population-based screening that is being underperformed in these cancer survivors," he noted.

How the Study Was Conducted: Armenian and colleagues tested the accuracy of Vivio, a prototype handheld instrument which collects pulse waves and phonocardiogram data from the carotid artery. The data is then streamed wirelessly to a compatible device such as a smart phone or e-tablet. This mobile health platform negates the need for result interpretation and allows for real-time monitoring of heart health, explained Armenian. Using a specialized algorithm, Vivio measures the left ventricular ejection fraction (LVEF), which is commonly used to assess heart function and measures the percentage of blood ejected from the left ventricle of the heart. An LVEF measurement of less than 50 percent may indicate signs of abnormal heart function, explained Armenian.

The researchers compared Vivio with both echocardiography and CMR imaging in 191 patients who had been exposed to anthracycline chemotherapy. Participants were diagnosed with cancer before 22 years of age and had completed their treatment at least two years prior to the study.

Results: The average LVEF measurement from Vivio was comparable to that of CMR imaging (56.8 percent versus 56.5 percent, respectively). The average LVEF as measured by echocardiography was higher (61.7 percent), resulting in high false-negative rates. Using CMR imaging as the gold standard, Vivio displayed high sensitivity and a low false-negative rate for the identification of individuals with abnormal LVEF (85.7 and 14.3 percent, respectively).

Author's Comments: Importantly, Vivio is not currently intended to replace echocardiography or CMR imaging, noted Armenian. As both echocardiography and CMR imaging generate images of the heart, these techniques can provide a more comprehensive assessment of heart health and facilitate the diagnosis of heart problems.

"One possible implementation of Vivio could be for preliminary screening," Armenian explained. "If the patient's heart function is below a specific threshold as measured by Vivio, that patient could schedule an in-depth evaluation. This way, Vivio could keep these survivors engaged and help to reduce the burden of inconvenient tests for individuals with a normal heart function as determined by the device.

"This study is the first step in thinking about new paradigms of long-term monitoring and care delivery for cancer survivors who are at risk for severe and life-threatening health conditions," said Armenian. "It's important to think about more proactive and convenient approaches for early detection, early surveillance, and early prevention to help potentially reverse heart disease before it becomes clinically apparent in this population."

Study Limitations: Limitations include that this study was conducted at a single center. Furthermore, a small subset of individuals (3.8 percent) were excluded from the analysis due to low quality readings from Vivio.

Funding & Disclosures: This study was sponsored by the Caltech-City of Hope Biomedical Research Initiative and the Leukemia & Lymphoma Society Scholar Award for Clinical Research.

Vivio is a product of Avicena LLC, in which several authors hold equity, employment agreements, and consulting agreements. One author is an unpaid board member of Avicena, and authors in this study are involved in patents related to this research. Armenian declares no conflict of interest.