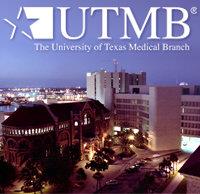 GALVESTON, Texas - A new therapeutic may help reverse chemical imbalances made to the brain by habitual drug use and could one day help recovering drug addicts avoid future drug use.

Researchers from The University of Texas Medical Branch at Galveston developed and tested a treatment on rats and found it effective in reducing the animals' cravings. Their findings are in the Journal of Medicinal Chemistry.

Serotonin, a brain chemical that transmits information between neural regions, is a key player in these changes. There are currently no medications available to correct this chemical imbalance.

UTMB pharmacology and toxicology professors Jia Zhou, Kathryn Cunningham and their colleagues found that the serotonin 2C receptors in drug addicts do not work as well as they should. They designed, synthesized and pharmacologically evaluated a series of small molecule therapeutics designed to restore the weakened signaling.

The researchers trained rats to press on a lever for cocaine infusions at certain light cues. Once the rats learned this cocaine-seeking behavior, half of them received the most promising therapeutic and the other half received only saline.

The animals treated with the new therapeutic pressed the lever for cocaine far fewer times than the saline-treated control animals, even when reinforced with the cocaine-associated light cues.

"We are the first to show that a serotonin 2C receptor therapeutic of this type can be successfully used to decrease drug-seeking behaviors," said Cunningham, the director of UTMB's Center for Addiction Research. "Our findings are especially exciting because in addition to someday helping people to recover from drug addiction, impaired functioning of the serotonin 2C receptor is also thought to contribute to other chronic health issues such as depression, impulsivity disorders, obesity and schizophrenia."

"We will continue to optimize the chemical structure and effectiveness of our new therapeutic and conduct safety testing in cellular and animal studies," said Zhou. "We look forward to the future when we can begin clinical trials so that this therapeutic can begin to help people free themselves from drug addiction and other health issues."