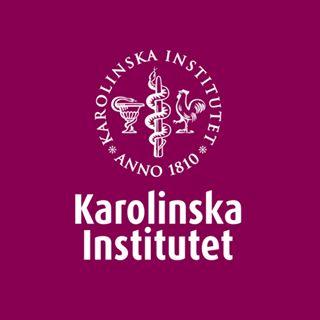 Researchers at Karolinska Institutet in Sweden have managed to sequence the giant genome of a salamander, the Iberian ribbed newt, which is a full six times greater than the human genome. Amongst the early findings is a family of genes that can provide clues to the unique ability of salamanders to rebuild complex tissue, even body parts. The study is published in Nature Communications.

This is the first time that an entire newt genome has been sequenced, an achievement that can give rise to new discoveries on the amphibian's ability to recreate brain neurons as well as entire body parts. Amongst the first findings are a multitude of copies of a certain microRNA group, which in mammals is mainly found in embryonic stem cells, but also in tumour cells.

"It will be exciting to figure out how regeneration in the adult organism re-activates embryonic genes," says study leader Professor András Simon at Karolinska Institutet's Department of Cell and Molecular Biology. "What's needed now are functional studies of these microRNA molecules to understand their function in regeneration. The link to cancer cells is also very interesting, especially bearing in mind newts' marked resistance to tumour formation."

Even though the abundance of stem cell microRNA genes is quite surprising, it alone cannot explain how salamanders regenerate so well. Professor Simon predicts that the explanation lies in a combination of genes unique to salamanders and how other more common genes orchestrate and control the actual regeneration process.

One of the reasons why salamander genomes have not been sequenced before is its sheer size - six times bigger than the human genome in the case of the Iberian newt, which has posed an enormous technical and methodological challenge.

"It's only now that the technology is available to handle such a large genome," says Professor Simon. "The sequencing per se doesn't take that long - it's recreating the genome from the sequences that's so time consuming."

"We all realised how challenging it was going to be," recounts first author Ahmed Elewa, postdoctoral fellow at the same department. "But the very fact that it was such a challenge made it all the more exciting."

The group at Karolinska Institutet is now engaging with other researchers to discover what can be learned from the newt genome and test new hypotheses through systematic comparisons with mammals.

"We showed ten years ago that salamanders can recreate all the cells that die in Parkinson's disease in the space of four weeks," says Professor Simon. "We can now delve deeply into the molecular processes underlying this ability. Although we're doing basic research, our findings can hopefully lead to the development of new regenerative strategies for humans."