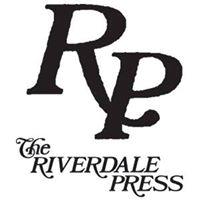 Living in 3045 Godwin Terrace has been an ongoing nightmare for Ileana Mercado.

“If there’s a flood from a burst pipe, like has happened to me, there’s no one to repair it when it’s needed, or there’s no one to call except the fire department, because there’s no one in the building to communicate with,” Mercado said. “If your ceiling fell apart, then you have to wait so they can schedule an appointment to get it done for you — at their convenience, not yours. And usually they want to come in at 7, 7:30 in the morning. Uh, can we get some sleep? No.”

Security — or lack of it — is another major concern, with front doors not secured or windows broken, and later a string of robberies in several apartments.

“They would literally go in through your door,” Mercado said.

But if the abysmal conditions, shoddy-and-rarely-prompt repairs, and an extremely-difficult-to-reach landlord weren’t enough, rent isn’t cheap. Mercado pays upward of $2,000 a month — rent that would fluctuate at the landlord’s “desire,” Mercado said.

“Even when I complained, and said, ‘Wow, that’s a lot of rent to increase, I mean, can’t you give me at least a two-year lease?’ Oh, no, they can’t do that. ‘Oh, well, that’s how it is,’” Mercado said. “And pretty much, you can take it or you can go somewhere else.”

For years, Mercado said she endured poor conditions and just paid the rent. She struggled to make payments while raising three kids on her own. And Mercado didn’t have the time or resources to look into why she was being charged so much.

Now, Mercado and her fellow tenants have joined tenants of two Bronx buildings run by Weinreb Management — 3660 Oxford Ave., and 3950 Blackstone Ave. — to sue. And they’re getting help not just from Cohen and the Housing Rights Initiative, but Assemblyman Jeffrey Dinowitz as well.

Last month, separate class action lawsuits were filed in the Bronx County Supreme Court claiming landlords circumvented the requirements of New York City’s rent regulations, all at the expense of the tenants.

“They were required to register the apartments” with the state housing and community renewal division, “and they didn’t do so,” Sachar said.

Neither Albert nor Weinreb Management returned multiple requests for comment. And no one answered the phone at the listed office number for 3045 Godwin Terrace, which is located between West 230th and 231st streets near Marble Hill.

“I suspect the landlord is trying to sell the building, and a lot of times when preparing to sell, they’ll push out all of the tenants or a lot of the tenants because an empty building sells at a greater value than an occupied building.”

Indeed, over the years the building has become increasingly vacant, Mercado said. She believes that on her floor now, only four of 12 units are occupied — “two on one side, and two on the other.”

“There’s really hardly anyone that lives there, and people notice,” Mercado said. “I’ve been asked before. There are apartments that have had broken windows for years. Obviously no one lives there. Otherwise, they’d be frozen to death.”

But even if Albert wanted his tenants to leave, that’s not up to him, Carr said — it’s up to the law.

“And the law states that because these tenants moved in while the J-51 was active, they are entitled to incremental rent increases and automatic lease renewals,” Carr said. “The landlord of 3045 Godwin Terrace is not above the law, and most certainly has to follow the law.”

Rent overcharge cases often result in rent reductions and money returned on overpaid rent. More than 100 tenants could be affected by these lawsuits, according to the release.

Part of the problem are the laws themselves.

“Rent regulations in New York are complex, and the system basically operates on the honor system,” Sachar said. “The tenants in New York City would have to be real estate attorneys to understand a lot of what their landlords do. Even something that seems as straightforward as the J-51 tax credit, for a tenant to even figure out if their landlord is taking it, they have to look up tax records, and it implies a level of sophistication that the average tenant in New York has neither the time nor the resources to figure out.”

And the problem has been on the rise for a long time.

Inspired to do good?

Lawsuits can effect change, even before they get to court. And that’s something Dinowitz said he wants to happen here.

“I would hope that the landlords would have the decency and good sense to address this on their own, and they can do that by playing by the rules,” Dinowitz said. “Remember, cheaters never prosper.”

Charni Sochet, a spokeswoman for the state homes and community renewal agency, said she couldn’t comment on active litigation, but the agency is “deeply committed” to protecting tenants’ rights to safe, decent housing and ensuring rent regulations are properly followed.

“We have zero tolerance for landlords who are trying to game the system by benefiting from the J-51 abatement … and not registering their apartments as rent-regulated,” Sochet said.

To date, the governor’s tenant protection unit has returned more than 63,000 units back to regulation and recovered more than $4 million in overcharges, Sochet said.

At the end of the day, Carr sees reason for hope.

“There is a bright spot here because you have two proactive elected officials who did everything they could to help out a community that was in trouble,” he said. “And because of their efforts, these tenants now have an opportunity to get money back that was stolen from them and keep their homes.

“We live in a time where people’s faith in government is dwindling, but this is one of those moments that you have to take in the positive. This is a perfect example of democracy working in the best interest of the people who it’s supposed to be working for.”