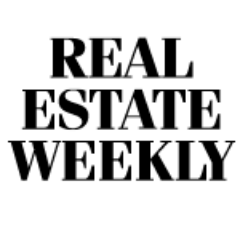 Kyle Campbell
As rent deregulation disputes continue to pile up in state court, many of these cases are being bounced from Supreme Court to the state’s housing agency.

Since late last year, Supreme Court judges have referred at least a dozen rent overcharge cases to the state’s Division of Housing and Community Renewal, a shift that appears to have tilted these matters in the favor of landlords.

“A lot of their decisions are perfunctory and landlord friendly,” Shaina Weissman, an associate at the law firm Grimble & LoGuidice, said of the DHCR. “Often, it tends to be a rubber stamp in their favor.”

Deregulation suits have been on the rise since 2009’s Roberts v. Tishman-Speyer lawsuit, which established a precedent that rent-stabilized buildings could not be deregulated if they took advantage of the state’s J-51 tax abatement program.

Rent overcharge disputes fall under the jurisdiction of both the Supreme Court and the DHCR but since November of last year, judges in Manhattan and Brooklyn have consistently deferred these types of cases to the state’s agency.

At least three of these deferrals have been class action lawsuits, which tenant lawyers argue the DHCR should not be able to rule on.

The courts have not released any formal guidance on the matter, so it’s unclear what prompted the change in judicial preference.

Howard Kingsley, a lawyer with Rosenberg & Estis, said the shift has cleared the way for simple cases to be resolved quickly without racking exorbitant legal fees.

Kingsley represents landlords in deregulation cases as part of Rosenberg & Estis’s litigation team. He argues that it’s unnecessary to drag overcharge disputes through the rigors of the legal system when they can be resolved more simply.

Tenant advocates, on the other hand, argue that dumping these cases into the DHCR, where backlogs can delay hearings for a year or two, only delays a resolution.

Meanwhile, unlike the Supreme Court, which can dismiss or delay cases in lower courts, such as those dealing with eviction, the DHRC takes no precedent over the legal system, meaning tenants could be left vulnerable.

Lucas Ferrara of Newman Ferrara LLP said sending tenants to the DHCR does not give them a fair shot at justice and serves only as a “punt,” prolonging a final judgment.

“Rather than have a single case wherein all of the tenant’s claims can be heard in one fell swoop, some judges think that forcing the occupants to file individual complaints with the DHCR is the way to go,” Ferrara wrote in an email to Real Estate Weekly. “But that is far from efficient.

“Why force people to pursue their individual claims with an already overburdened and backlogged administrative agency?” he added. “In our view, that is totally unjust and nonsensical.”

Collazo v. Netherland Property Assets LLC is seen as the turning point for deregulation rent disputes in the state. On November 28, Justice David Cohen dismissed the suit, in which 29 current and former tenants at 3300 Netherland Avenue claimed they were charged excessive rents for units that should have been stabilized. He said DHRC should decide the claims.

From then on, various other Supreme Court judges, including Robert Reed, Arlene Bluth and Debra James have deferred similar cases to the state’s housing agency.

Prior to Collazo, Judge Erika Edwards denied tenants’ motion for a class action suit in Maddicks v. Big City Properties LLC and instructed the plaintiffs to resolve their issues individually through DHCR. Earlier this summer, that decision was reversed by an appeals court. The outcome of Maddicks could be influential in how rent disputes are handled moving forward because many claims are being filed by classes.

In Quinn versus Parkoff Operating Corporation, in which Justice Reed referred the entire class of plaintiffs to the DHCR, Ferrara said precedent shows the agency can only handle individual cases and the defense is not fighting that interpretation.

However, some landlords argue the DHCR should be able to make class-wide decisions, an argument that Ferrara said does not hold water.

“Their ‘dispute’ is nothing more than an attempt to foreclose a lawful remedy, and impose additional impediments and roadblocks to a tenant’s recovery of illegal overcharges,” he said. “It’s shameful, actually.”