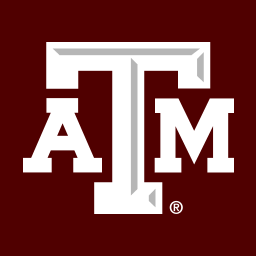 Careful examination of numerous fluted spear points found in Alaska and western Canada prove that the Ice Age peopling of the Americas was much more complex than previously believed, according to a study done by two Texas A&M University researchers.

Heather Smith and Ted Goebel both were involved with the study that was associated with the Center for the Study of the First Americans, part of the Department of Anthropology at Texas A&M. Smith is now an assistant professor at Eastern New Mexico University.

Their work has been published in the current issue of PNAS (Proceedings of the National Academy of Sciences).

Smith, who worked on the study as part of her Ph.D. at Texas A&M, and Goebel, professor of anthropology at Texas A&M, believe the findings could change how we view the traveling patterns and routes of early humans from 14,000 to 12,000 years ago as they settled in numerous parts of North America.

Using new digital methods of analyses utilized for the first time in such a study of these artifacts, the researchers found that early settlers in the emerging ice-free corridor of interior western Canada "were travelling north to Alaska, not south from Alaska, as previously interpreted," says Goebel.

"Although during the late Ice Age there were two possible routes for the first Americans to follow on their migration from the Bering Land Bridge area southward to temperate North America, it now looks like only the Pacific coastal route was used, while the interior Canadian route may not have been fully explored until millennia later, and when it was, primarily from the south.

Traditional interpretations of the peopling of the Americas have predicted that early inhabitants migrated from Siberia through Alaska, and then followed the ice-free corridor that gradually opened in western Canada to reach the Great Plains of the western U.S. But newer genetic studies of ancient Siberians, Alaskans, and Americans, as well as the discovery of new sites south of the Canadian ice sheets predating the opening of the ice-free corridor, suggest instead that the first Americans passed along the Pacific coast.

"The key is that the projectile points are related in their technology and morphology, and the way in which some of these characteristics vary forms the pattern of an ancestral-descendent relationship. This suggests that the people who carried the artifacts to these locations were related as well." adds Smith.

"It shows that these early people in western Canada and Alaska were descendent of Clovis (the first settlers of North America) and they used the same type of weapons to hunt for food, especially bison. These makers of fluted points were not just all over mid-continent North America but were also migrating northward back to the Arctic."

These artifacts can be used to document migration patterns of prehistoric peoples, she says.

"The spear points prove that the peopling of the Americas was much more complex than we had believed and that these early settlers went in a lot of different directions, not just south. We now have a better picture of what weapons they used to hunt and where their travels took them."

"This is tangible evidence of a connection between people in the Arctic and the Mid-continent 12,000 years ago, a connection which may be either genetic or social, but ultimately, speaks volumes of the capability and adaptability of early cultures in North America," she notes.