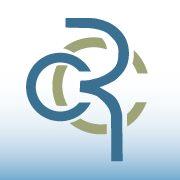 Post-Charlottesville, a look back: How movement-based legal strategies can prevent white supremacist violence

The events of Charlottesville on August 12, 2017, shocked many in the nation. We had not seen the brutality, racism, and anti-Semitism broadcast into our homes in such a graphic fashion. Nazis, Ku Klux Klanners, and other white supremacists proudly led a nighttime march with flaming torches – emblematic of the terror that the Klan used in the late 19th and early 20th centuries to intimidate African-Americans and their allies. They did not wear white robes, as in olden times, but wore camouflage uniforms and carried semi-automatic weapons. Many of the marchers engaged in random acts of violence against innocent bystanders. While we watched this demonstration of hate, many asked what can be done to stop this type of violence. This is not the first time that this question has been posed, and a look into our not-so-distant past can offer communities some legal strategies to support their organizing against this growing tide.

In the late 1970s and early 1980s, Klan and Nazi groups engaged in similar acts of terror. In November of 1979, Klansmen and Nazis broke up an anti-Klan demonstration in Greensboro, North Carolina. They drove in a caravan to where the marchers were organizing the demonstration, and with cigarettes dripping from their mouths, unloaded semi-automatic weapons and fired into the crowd. Five demonstrators were killed that day. State and federal trials resulted in the acquittal of all the Klan members and Nazis who had been indicted.

To develop a legal strategy to resist racially-motivated violence, CCR lawyers examined the civil rights laws that had been passed during the Reconstruction era. In 1871, the United States Congress passed the Ku Klux Klan Act (currently codified as 42 U.S.C. section 1985). The Act provided the victims of Klan violence with the ability to go to federal court and seek damages and an injunction. In order to use the Act, a plaintiff had to prove that the Klan had violated certain constitutionally-protected rights. We developed a legal theory that racially-motivated violence was a legacy of slavery and violated the rights of persons of color to be free from the badges and incidents of slavery under the Thirteenth Amendment. We were ready to put this theory into practice as the Klan continued its terror across the country.

As a result of the increasing acts of violence and terror, in 1979, a coalition of civil rights groups, religious leaders, and legal organizations formed the National Anti-Klan Network (NAKN). The objective of NAKN was to provide a united national response to racially-motivated violence. NAKN organized marches in cities and towns that had been terrorized by Klan and Nazi violence. In addition, NAKN asked the Center for Constitutional Rights (CCR) to develop legal strategies that could be used to combat racist violence and to coordinate the legal task force of NAKN. 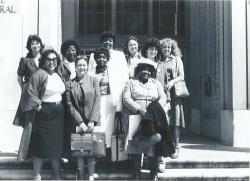 On April 19, 1980, the Justice Knights of the Ku Klux Klan, led by William Church, planned to burn a cross in the heart of the African-American community in Chattanooga, Tennessee. They gathered wood for the cross, and guns and ammunition. After setting the cross on fire, the Klansmen slowly drove down East Ninth Street (renamed Martin Luther King, Jr. Boulevard) and opened fire on four elderly African-American women who were walking home. Two of the women were wounded with over 100 shotgun pellets in their legs. After shooting the women, the Klansmen drove on and shot into a parked car in front of the home of Fannie Crumsey. The bullets shattered the windows of the parked car and sent flying glass into Ms. Crumsey’s neck. Pictures were taken of the façade of her house that showed that if she had been standing upright, the bullets would have struck her in the head. The Klansmen were soon arrested and charged with assault with intent to commit murder. Later, two of the three Klansmen were acquitted of all charges. One was convicted of assault and was sentenced to nine months in jail. He served only six months.

CCR attorneys were contacted by the head of the local Chattanooga branch of the NAACP to come to town and see whether a federal lawsuit was possible as another means to seek a semblance of justice for the victims and prevent further harm. After reviewing the criminal trial transcript and interviewing the five women, CCR filed a federal civil rights lawsuit against the Justice Knights of the Ku Klux Klan using the Ku Klux Klan Act of 1871. Ms. Crumsey agreed to be the lead plaintiff.

In Crumsey v. Justice Knights of the Ku Klux Klan, CCR had the opportunity to test whether the 1871 law had continued vitality. The suit was filed on behalf of the five women and sought damages for their injuries. The case was also filed as a class action against the Justice Knights and sought an injunction, meaning the KKK would not be able to enter the African-American community and engage in future acts of violence. In order to obtain an injunction, we had to demonstrate that the Justice Knights were likely to engage in future acts of violence. That was quite clear; the head of the Justice Knights, William Church, had given a press conference after we filed the lawsuit where he stated that they were planning for the race war to come, that they were receiving paramilitary training, and would be wearing camouflage uniforms and not white robes. The video was played at the trial.

In addition to the video, an expert on the Ku Klux Klan testified about the nature of the Klan, its origins, and how the Justice Knights had been formed to emulate the old Klan by using the flaming cross, white robes and hoods, and acts of racially-motivated violence. In light of the evidence presented at trial, the jury awarded the women compensatory damages. After the jury rendered its verdict, the federal judge, Frank W. Wilson, issued an injunction against the KKK.

In his memorandum and decision, the judge found that the Klansmen had conspired to violate the Ku Klux Klan Act by committing an assault and battery on the five plaintiffs. Judge Wilson held that these acts were committed in accordance with a pattern of conduct characteristic of the historic Ku Klux Klan. In light of all of the evidence, on March 1, 1982, the Court issued a permanent injunction against the Justice Knights. The injunction prohibited the Klan from assaulting, threatening, harassing, interfering with, intimidating, or attempting to intimidate any black resident of Chattanooga.

The benefit of a federal injunction is that the victims of racially-motivated violence are not dependent on the decisions of local, elected prosecutors who may be reluctant to seek criminal charges against Klansmen or other white supremacists. Also, the use of the injunction avoids all-white juries who may fear the Klan or be sympathetic to their goals. Once the injunction was issued, if the Klansmen violated it, the lawyers for Ms. Crumsey could file contempt of court charges against them. Such a case would be tried before the same judge who issued the injunction. If the court agreed that the Klan had violated the injunction, the Klansmen could be jailed or fined.

This powerful strategy is available today in communities faced with Klan, Nazi, and white supremacist violence. The Crumsey case provides a template for crafting legal remedies to address incidents of racially-motivated violence or other actions motivated by hate. Whenever these groups sue to obtain parade permits, activists and community leaders can use this tool to seek appropriate injunctions against violence and to ensure that the communities are protected.

Randolph M. McLaughlin is a former CCR staff attorney and associate legal director. He was one of the trial lawyers in Crumsey. He is the editor of Racially-Motivated Violence: Litigation Strategies (1984) a CCR publication. He is currently a professor of law at Pace Law School and co-chair of the Civil Rights Practice Group at Newman Ferrara LLP in New York City.