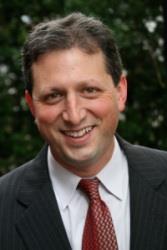 Five years later, what I remember most is what we were able to do together.

More than the destroyed homes, the burned-out electrical panels in all of NYCHA’s Red Hook Houses, or the tree that fell on our home.

What I remember most from Hurricane Sandy is what we did together in its aftermath. How every night, at the Park Slope Armory, people raised their hands high to be the first volunteer to clean the bathrooms. How we worked with Masbia to provide hot meals instead of astronaut rations, so that the 500 frail elderly evacuees would have decent food. How Caron Atlas and volunteers filled the Armory with music, arts, and love. How Livia Beasley helped nearly 100 displaced seniors vote. How we helped turn a nightmare into “courtesy, gentleness, and goodness beyond description.”

Not just at the Armory, of course. John Jay HS was a family shelter, with a great Halloween Party courtesy of Park Slope Parents. Carroll Gardens hosted evacuees from a flooded-out veterans shelter in Queens. And so many of you volunteered in Red Hook, in Southern Brooklyn, in the Rockaways.

We saw what author Rebecca Solnit, in her brilliant book, A Paradise Built in Hell, calls “the extraordinary communities of recovery that arise in disaster.” As she writes, we got in those moments “a glimpse of who else we ourselves may be and what else our society could become.”

So we’re having reunion -- for people who volunteered during Sandy at the Park Slope Armory, the John Jay HS shelter, the Carroll Gardens/W. 9th Street veterans shelter, or for residents from around here who spent those weeks volunteering in hard-hit neighborhoods -- to remember the power of our work together:

RSVP here
Please pass this email invite along to anyone you know who may have also volunteered during Hurricane Sandy.

As Solnit also wrote, right after Sandy, in a piece entitled The Name of the Hurricane is Climate Change:

“The increasingly turbulent, disaster-prone planet we’re on is our beautiful old Earth with the temperature raised almost one degree celsius. It’s going to get hotter than that, though we can still make a difference in how hot it gets. Right now, locally, in the soaked places, we need people to aid the stranded, the homeless, and the hungry. Globally we need to uncouple government from the Big Energy corporations, and ensure that most of the carbon energy left on the planet stays where it belongs: underground.”

Unfortunately, five years later, we have done nowhere near enough. New York State has not passed NYRenews, to move to 100% renewable energy. New York City has not yet passed a strong law mandating building retrofits for all large buildings, to reduce fossil fuel & energy use. Donald Trump is withdrawing from the Paris Climate Accords, and Scott Pruitt has turned the EPA over to the polluters (and thanks to the effective lobbying of those same corporate polluters at the American Chemistry Council, we haven’t even gotten rid of plastic bags or Styrofoam).

That’s why I’m joining the #Sandy5 march this Saturday, and why I hope you will too:

Communities across the city will remember, resist, and rise together.

The march will remember the lives lost and the power in how we came together -- and build on those memories to demand a more resilient city, and a just transition to a renewable energy economy.

In recent days, we’ve seen horrific hurricane damage unleashed on Texas, and especially on Puerto Rico and the U.S. Virgin Islands. We called them Harvey & Maria, but as Solnit wrote, the real name of those hurricanes is (still) climate change.

As we remember what happened to our city five years ago, we’ve got a responsibility to help those affected right now. Please consider another contribution to the Hurricane Maria Community Recovery Fund or the Hispanic Federation’s UNIDOS fund. And also sign this petition demanding that Congress immediately pass a large-scale recovery package, with debt relief and a long-term plan for sustainability, as well as rapid restoration of water and power.

And we also have a responsibility to recommit to the gargantuan but existential tasks of keeping the carbon in the ground, and preparing for a hotter planet. With a new study that suggests that what were once-in-every-500 year storms could come as often as once every 5 years by 2030, it is clearer than ever that the lives of our kids and grandkids will be deeply shaped by what we do now.

As Miriam Eisenstein-Drachler, one of the evacuees with us in those days, wrote: “May the world outside these walls incorporate the outstanding dynamics of the Armory in its daily flow of human interaction.”

I hope you’ll join us for the #Sandy5 march, and the Sandy volunteers reunion at the Park Slope Armory, to help bring that prayer closer to reality.