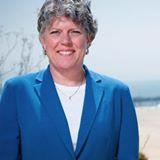 There is no doubt in my mind that our immigration system is broken. And my Republican colleagues in Congress couldn't get their act together to fix it.

That's why three years ago today, President Barack Obama issued an Executive Immigration Action. This would have granted temporary status and work permits to as many as 4 million parents who entered the U.S. illegally if the Supreme Court had upheld it.

Immigration reform must reflect our values as a nation, which includes keeping families and communities intact. And, while President Obama's Executive Immigration Action was not perfect, it would have done that.

We need to stand up and protect our neighbors and friends -- add your name now and demand that Congress finally enact immigration reform that will help people, and grow our economy.

But now, under President Trump, all the progress we had made as a country over the last 8 years is crumbling. Even just by ending the Deferred Action for Childhood Arrivals (DACA) program this summer, President Trump has shown he lives by a different set of values and has no problem deporting children.

Many DACA recipients have completed high school and are pursuing college degrees. Many have served in our military. These are young people who were brought here by their parents, who know no other home than America, and are contributing members of our society.

So add your name now and demand Congress step up and protect immigrants and their families.