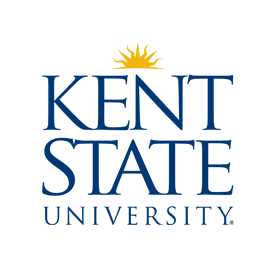 To help mitigate the effects of climate change, policies have been developed across the world to reduce greenhouse gas emissions by reducing deforestation.

Much of this deforestation is caused by large-scale agriculture and extractive industries in developing tropical countries.

The UN's Reducing Emissions from Deforestation and forest Degradation (REDD+) framework, and, more recently, the High Carbon Stock (HCS) Approach, aim to identify and conserve forest areas that retain a lot of carbon, which would be released into the atmosphere if felled, therefore justifying protection.

Major agricultural companies, such as those growing oil palm, are now using these carbon mechanisms as part of global commitments to 'zero deforestation'.

In the past it has been assumed that protecting forests to prevent carbon release is also beneficial for biodiversity in the area too. However, previous studies have proved inconclusive.

To tackle this assumption, a team of researchers from the Durrell Institute of Conservation and Ecology (DICE) at the University of Kent, have been undertaking wildlife surveys in the forests of Borneo, in an area undergoing conversion to oil palm.

Lead researcher, Nicolas Deere, gathered a comprehensive dataset of mammals derived from camera-trap images and combined this with high-resolution satellite imagery to show that areas designated for protection under carbon policies were also rich in endangered mammals.

In particular, the study confirmed that no correlation between carbon and biodiversity was evident when globally-available carbon maps were used. However, when high-resolution maps were used to map carbon resources, areas of high carbon were clearly seen to support the most mammal species.

This relationship was driven by species of conservation concern such as orangutan and clouded leopards, suggesting that mammals vulnerable to deforestation and forest degradation will benefit the most from carbon policies.

The findings have important implications for policymakers in business, government and non-government organisations, by confirming that REDD+ and HCS approaches to designate land for protection have strong potential for biodiversity conservation in the oil palm sector too.

Nicolas was supported in his research by Dr Matthew Struebig and Dr Zoe Davies at the University of Kent and colleagues in the universities of Newcastle, Melbourne, Malaysia Sabah, as well as the Zoological Society of London.

The paper, titled 'High carbon stock forests provide co-benefits for tropical biodiversity', has been published in the Journal of Applied Ecology.