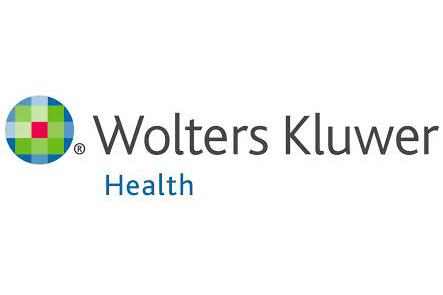 November 14, 2017 - Pregnant women with opioid use disorder (OUD) are more likely to receive evidence-based treatment with an "opioid agonist"--usually methadone--in states where those medications are covered by Medicaid, reports a study in the December issue of Medical Care, published by Wolters Kluwer.

"If we want to help children of women with opioid addiction get the best possible start in life, we must give their mothers access to evidence-based medications during pregnancy," adds Laura J. Faherty, MD, of the RAND Corporation, Boston.

Opioid agonist therapy (OAT) is regarded as the standard of care for pregnant women with OUD. In addition to reducing illicit opioid use and relapse risk, OAT leads to better health outcomes for both the mother and baby. Yet studies suggest that OAT is used in less than half of pregnant women with OUD in the publicly funded treatment system.

Although a drug called buprenorphine is increasingly used, methadone is by far the most common form of OAT for pregnant women in the treatment facilities examined in the study. Opioid agonist treatment is given along with counseling and supportive services.

Using a Substance Abuse and Mental Health Services Administration database, Dr. Bachhuber and colleagues analyzed planned use of OAT in nearly 3,400 pregnant women starting publicly funded treatment for OUD in 2013-14. Rates of planned OAT use were compared for approximately 2,500 women in 18 states that covered methadone maintenance therapy versus 900 women in states that did not cover methadone. "State Medicaid programs have the power to add coverage of methadone maintenance in their benefit package," notes Brendan Saloner, PhD, of Johns Hopkins Bloomberg School of Public Health.

After adjustment for other factors, the rate of planned OAT use was about 61 percent for women in states with Medicaid coverage for methadone versus 28 percent in states that did not cover methadone: a difference of 33 percentage points.

Medicaid coverage of methadone was associated with higher rates of planned OAT in both intensive and non-intensive outpatient treatment settings, though not in residential settings. The researchers note that "several other patient, provider, and policy factors" likely also affected decisions about OAT.

The findings provide evidence that Medicaid coverage of methadone maintenance therapy leads to a higher rate of planned OAT in pregnant women--as previously shown in the general population of patients with OUD. The authors note some limitations of their study, including the lack of data from treatment centers that do not receive public funding.

As a matter of state and federal policy, expanding access to opioid agonists for pregnant women with OUD in the publicly funded treatment system could be an important tool for dealing with the ongoing opioid crisis, Dr. Bachhuber and coauthors believe. They conclude, "While other barriers to OAT use persist, our findings suggest that including Medicaid coverage for methadone maintenance could significantly improve outcomes for pregnant women with OUD. "

Pooja K. Mehta, MD, of Boston University School of Medicine, adds: "Having affordable and reliable medical options for women who seek recovery during pregnancy empowers providers and institutions to do the right thing during this critical and challenging moment for families."