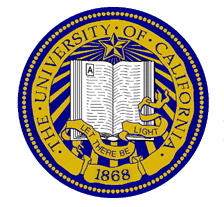 Analysis of heart failure data finds a decline in readmissions, but a rise in deaths

Federal policymakers five years ago introduced the Hospital Readmission Reduction Program to spur hospitals to reduce Medicare readmission rates by penalizing them if they didn't. A new analysis led by researchers at UCLA and Harvard University, however, finds that the program may be so focused on keeping some patients out of the hospital that related death rates are increasing.

In a study of 115,245 fee-for-service Medicare beneficiaries at 416 hospitals, implementation of the reduction program was indeed linked to a decrease in readmissions at 30 days after discharge and at one year after discharge among people hospitalized for heart failure. But it was also linked to an increase in mortality rates among these groups of patients. The study was published Nov. 12 in JAMA Cardiology.

"Through this program, Medicare financially penalizes approximately two-thirds of U.S. hospitals based on their 30-day readmission rates," said senior author Dr. Gregg Fonarow, the Eliot Corday Professor of Cardiovascular Medicine and Science at the David Geffen School of Medicine at UCLA and co-chief of cardiology. "This data suggests it also incentivized strategies that unintentionally harmed patients with heart failure."

The analysis of clinically collected data confirms what an analysis of billing data had previously suggested -- that the major federal policy, implemented under the Affordable Care Act, is associated with an increase in deaths of patients with heart failure.

Using data from the American Heart Association's Get With The Guidelines-Heart Failure program, a voluntary quality improvement initiative at hospitals across the country, as well as Medicare data, researchers compared heart failure patients' readmission rates, mortality rates and characteristics, along with hospital characteristics, from January 2006 through December 2014.

The findings point to a reversal in a decades-long trend of a declining death rate among patients with heart failure, one that the researchers concluded was linked to the implementation of the Hospital Readmission Reduction Program.

The declining readmission rates change the fact that patient deaths -- the ultimate outcome -- have increased. As Fonarow pointed out: "If a patient dies, then that patient cannot be readmitted."

The researchers don't dispute that the goals of the program -- reducing the number of re-hospitalizations and decreasing the costs to the health care system -- are positive. But they say the policy of reducing readmissions is focused too narrowly on not readmitting patients to hospitals.

"To avoid the penalties, hospitals now have incentives to keep patients out of hospitals longer, possibly even if previously some of these patients would have been readmitted earlier for clinical reasons," said first author Dr. Ankur Gupta, cardiovascular research fellow at the Brigham and Women's Hospital, Harvard Medical School. "Therefore, this policy of reducing readmissions is aimed at reducing utilization for hospitals rather than having a direct focus on improving quality of patient care and outcomes."

The researchers are now studying which types of hospitals and patients are most affected by the trend. Regardless, they wrote, the data support a reconsideration of the policy's use for patients with heart failure.

"The policy should focus on incentivizing improving quality and patient-centered outcomes of those with heart failure and not on a misguided utilization metric of re-hospitalizations," Fonarow said.

Other researchers involved with the study are affiliated with the University of Colorado School of Medicine, Duke Clinical Research Institute, Stanford University and Northwestern University.