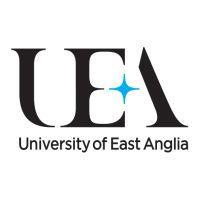 Fish provide insight into the evolution of the immune system

New research from the University of East Anglia (UEA), UK, and Dalhousie University, Canada, reveals how immune systems can evolve resistance to parasites.

A study, published today in Nature Communications, solves the enigma of how species can adapt and change their immune system to cope with new parasitic threats - whilst at the same time showing little or no evolutionary change in critical immune function over millions of years.

The findings help to explain why we humans have some immune genes that are almost identical to those of chimpanzees.

Scientists from UEA and Dalhousie University studied how Guppy fish (Poecilia reticulata) adapt to survive by studying their immune genes, known as the Major Histocompatibility Complex or MHC genes.

They found that guppies fine-tune these genes in each location, enabling them to adapt and survive in many different and extreme environments. Despite this adaptation, genes maintained critical function of tens of millions of years.

The discovery could improve scientists' understanding of how related species can adapt and change their immune system to cope with new threats from parasites while simultaneously sharing similar function.

Dr. Jackie Lighten from UEA led the study. He said: "Guppies are a small, colourful fish native to South America, Trinidad and Tobago. They are a fantastic model for researching the ecology and evolution of vertebrates.

"MHC genes are an important line of defence in the immune system in vertebrates, including humans. Because parasites evolve quicker than their vertebrate hosts, immune genes need to be highly diverse to keep up with parasites and prevent infections.

"MHC genes produce protein structures that are on the external surface of cells. These genes are diverse and so produce an array of proteins, each of which presents a specific part of a parasite or pathogen that has attempted to infect the body. The specific shape of the protein dictates which parasites it can recognize, and signals to the immune system to prevent infection."

The study looked at MHC genetic variation in 59 guppy populations across Trinidad, Tobago, Barbados, and Hawaii. The authors found hundreds of different immune variants, but these so called 'alleles' appear to be clustered in a smaller number of functional groups or 'supertypes'.

Prof van Oosterhout, also from UEA's School of Environmental Sciences, said: "Each supertype protects the host against a specific group of parasites, and these supertypes were common across populations, and species, irrespective of the location.

"However, the alleles that make up a supertype track the rapid evolution of the parasites, and they too are evolving rapidly. These alleles are largely specific to each population, and they help in the 'fine-tuning' of the immune response to the specific (local) parasites that attack the host in that population."

Before this study, scientists debated how these immune genes can evolve rapidly (which is necessary to keep up with the fast-evolving parasites), whilst also showing little or no evolutionary change in their function over millions of years, as observed between humans and chimpanzees. This study resolves that debate.

Prof Bentzen from Dalhousie University said: "Although this study focused on MHC genes in vertebrates, the evolutionary dynamics described in it likely apply to other gene families, for example resistance genes and those which prevent self-fertilization in plants (self-incompatibility loci) that are caught up in their own evolutionary races."

Dr Lighten added: "It is an important step forward in understanding the evolutionary genetics of the immune system, and can help explain some of the puzzling observations observed in previous studies of many other organisms."

'Evolutionary genetics of immunological supertypes reveals two faces of the Red Queen' is published in the journal Nature Communications on November 3, 2017.