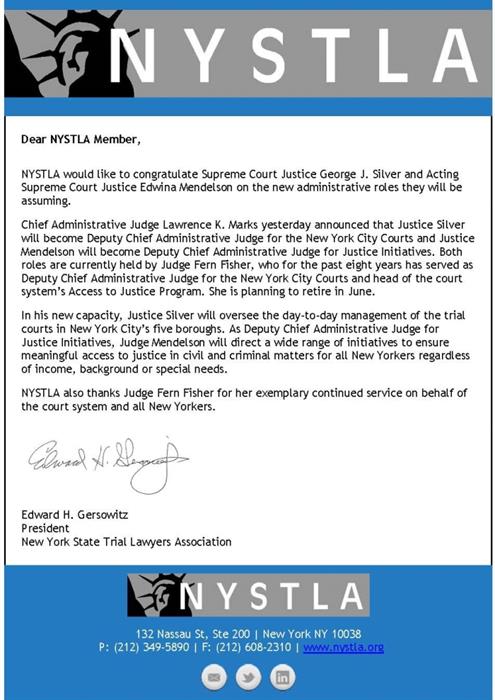 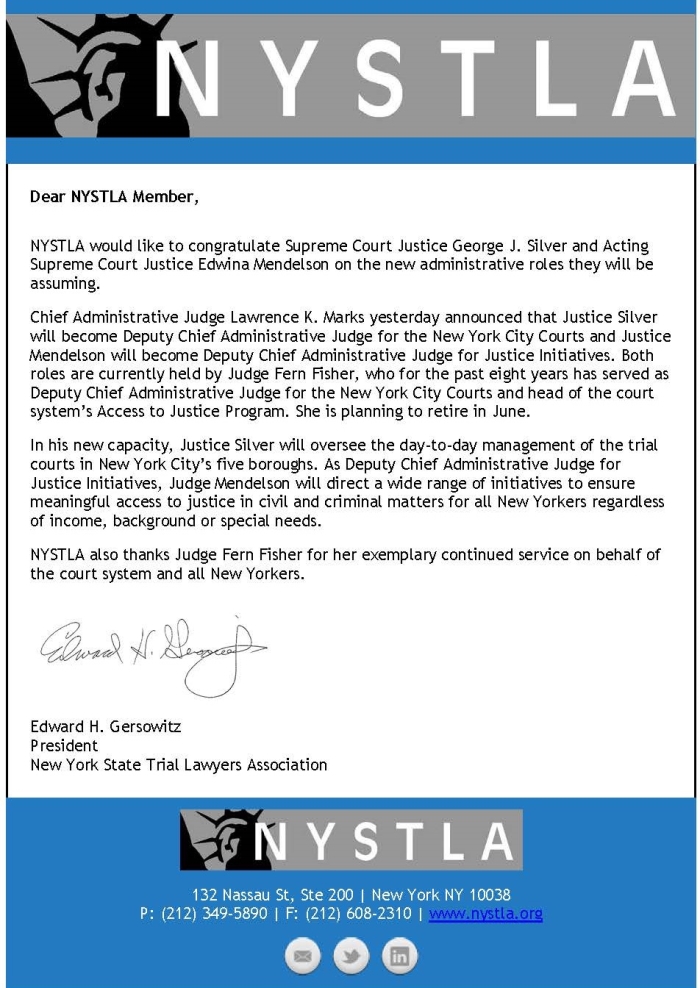 In his new capacity, Justice Silver will oversee the day-to-day management of the trial courts in New York City’s five boroughs. As Deputy Chief Administrative Judge for Justice Initiatives, Judge Mendelson will direct a wide range of initiatives to ensure meaningful access to justice in civil and criminal matters for all New Yorkers regardless of income, background or special needs.

NYSTLA also thanks Judge Fern Fisher for her exemplary continued service on behalf of the court system and all New Yorkers.