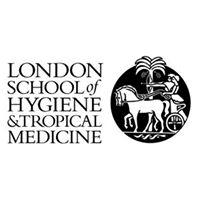 Study identifies human factors that could be targeted by elimination interventions

Adult male farmers in Malaysia are more than twice as likely to contract Plasmodium knowlesi malaria - an infection usually found only in monkeys - than other people in their communities, according to a new study published in The Lancet Planetary Health.

The research team found that farmers in the country's Sabah region who work on plantations, clearing vegetation and taking part in forestry work were most at risk.

The study is the first comprehensive assessment of factors associated with contracting symptomatic P. knowlesi infection which is threatening efforts to eliminate malaria in South East Asia.

It was conducted by the London School of Hygiene & Tropical Medicine, Menzies School of Health Research, Darwin, and the Department of Health, Kota Kinabalu, Sabah, Malaysia.

Plasmodium knowlesi is a zoonotic malaria parasite which is common in forest-dwelling macaque monkeys and transmitted between hosts by mosquitoes. It has a rapid growth rate in the blood that can lead to high levels of parasites in a short time and can cause severe and fatal disease.

Recent deforestation in the Sabah region has brought humans into closer contact with the forest. P. knowlesi is now the most common form of human malaria in many areas of Malaysia, and has also been reported across South East Asia. In 2014, the Malaysian Health Ministry reported 2,584 out of the country's 3,923 malaria cases derived from P. knowlesi, and that proportion is known to have risen further.

The researchers conducted a large case control study of more than 1,000 people in the Sabah districts of Kudat and Kota Marudu. Individuals with P. knowlesi were compared with individuals with other types of human malaria and a control group without malaria. Detailed questionnaires collected information on daily activities, residence and the frequency with which participants saw monkeys.

Men were four times more likely to have P. knowlesi infection than women, but although male farmers were more likely to contract monkey malaria, they were not at higher risk of contracting other types of malaria. Indoor work such as shopkeeping, traditional female household duties, and studying were associated with a lower risk of P. knowlesi malaria in these communities.

Chris Drakeley, Professor of Infection & Immunity from the London School of Hygiene & Tropical Medicine, and principal collaborator on the study said: "P. knowlesi is a complex and potentially life threatening parasite. The rise in cases not only threatens the great gains Malaysia has made towards eradicating malaria, but is of concern for other countries in South East Asia. Conventional approaches used to tackle malaria such as drugs or bed nets can't be used to combat P. knowlesi as monkeys are the host and risk is associated with outdoor work. Our study offers important insight into where social interventions are likely to have the biggest impact.

"This is a unique interdisciplinary study which harnessed the expertise of a range of partners and organisations to help describe the risk of P. knowlesi infection. We will continue to work with our colleagues in the Malaysian Ministry of Health to improve awareness and education for local residents about areas of risk and how they can prevent mosquito bites."

The findings suggest that humans working on the fringes of the forest are at risk of contracting P. knowlesi, as well as in the forest itself when they carry out activities such as hunting.

The study also identified methods of housing construction and surrounding forest and agricultural land types which contributed to the increasing number of rural P. knowlesi cases. A number of cases in women and children were also found which, along with the characteristics of mosquito and macaque populations, need further investigation.

Dr Matthew Grigg, Menzies Research fellow and lead author of the study, said: "Malaysia's national malaria eradication plan is proving extremely effective in reducing case numbers of other types of malaria, however we have found cases of P. knowlesi are on the rise due to a number of human behavioural factors. Our research indicates adult males are most at risk of contracting this type of malaria including from activities such as farming, land clearing activities, working on palm oil plantations, and travelling or sleeping outside."

The authors acknowledge the limitations of the study including that participants infected with P. knowlesi who were aware of their diagnosis were potentially more likely to recall seeing monkeys or describe childhood malaria episodes.