29 apartments at 28 Bedford Street have been illegally deregulated, plaintiffs allege 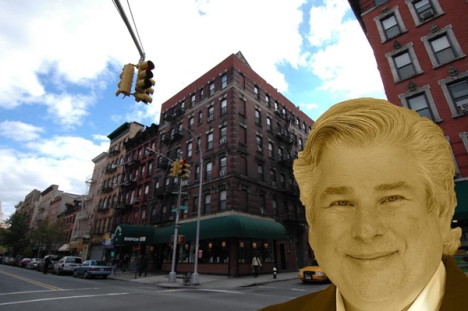 For decades, the J-51 tax abatement has given New York City landlords an extra incentive to update roughed-up residential and commercial properties. But the tax cut, which amounts to $266 million in annual public expenditure, comes with a compromise: Residential units in these buildings are required by law to remain in the rent-stabilization program and rent increases must follow the program’s strict rules.

Despite this, many landlords have not abided by these rules — and it’s worth noting the state’s interpretation and enforcement of these rules have changed over time. Now, the Housing Rights Initiative, a nonprofit group that already helped bring several tenant lawsuits alleging fraud at J-51 buildings, has organized yet another legal effort, this time against Fred Rudd’s Rudd Realty Management and the building’s ownership entity, Creative Industries Corporation.

Current and former residents of 28 Bedford Street in the West Village allege in a lawsuit filed in New York State Supreme Court on Thursday that Rudd Realty and Creative Industries failed to offer them rent-stabilized leases while simultaneously benefitting from J-51. Only three of the building’s 32 apartments are reported as rent-stabilized in property tax records. Records included in the filed action show that the plaintiffs’ apartments were not registered as rent-stabilized with the state Department of Housing and Community Renewal (DHCR) either.

According to the complaint, one of the suing tenants decided to move out of the building in April after the management company would only offer a new lease at a $150-a-month price hike, an increase that would not have been permitted under the city-imposed rent freeze for regulated apartments. One of the apartments mentioned in the suit now rents for more than $3,000 a month, a price point that may not have been achievable if the apartments were kept subject to rent regulation.

While the filed complaint names only six plaintiffs, the tenants’ attorneys, of the law firm Newman Ferrara, are seeking to create a class and sub-class for the action that could potentially include more than 100 current or former building residents.

Rudd Realty’s Fred Rudd, who owns a $15 million mansion on the Upper East Side, did not respond to a request for comment.

The amount of exemption that 28 Bedford Street is receiving appears rather small, amounting to just a $581 discount on this year’s $377,532 tax bill, according to public records reviewed by The Real Deal. The rules governing rent stabilization, however, do not take into account the amount of abatement or exemption received.

Since a landmark court decision at the Stuyvesant Town-Peter Cooper Village complex saw $69 million in rent overcharges rewarded back to tenants, J-51 litigation is becoming increasingly common. Gov. Cuomo announced in January 2016 that he would step up enforcement of the tax benefit’s rent-stabilization requirements by bringing 50,000 apartments back into regulation. He mailed off letters to landlords. A year later, a ProPublica investigation found that the state had at best made it just shy of halfway to meeting that goal.

“A lack of enforcement is turning our affordable housing stock into a house of cards,” said Aaron Carr, founder of the Housing Rights Initiative. “We don’t need any more letters about the law, we need enforcement of the law.”