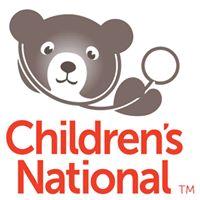 WASHINGTON - Adolescent girls receiving a wide range of medical care in the Emergency Department (ED) are receptive to receiving information about preventing pregnancy, according to the results of a cross-sectional survey published online July 11 in the Journal of Pediatrics.

According to a study team led by Children's National Health System, about 615,000 U.S. adolescents--or 5.9 of every 100 girls and teens--become pregnant each year. More than three-quarters of these pregnancies are unintended. Less than one-third of adolescents report having received contraceptive counseling, and about the same percentage reported using condoms the most recent time they had sex.

"Because so few adolescents report having a primary care provider and 16 percent of the 130 million ED visits each year are made by this age group, the ED may represent an opportune venue to offer pregnancy prevention," says Monika K. Goyal M.D., M.S.C.E., assistant professor of pediatrics and emergency medicine at Children's National and senior study author. "It is also important to note that adolescents who seek medical care in EDs are at higher risk for pregnancy than the national average, so targeting intervention to this group may have the unique potential to reduce unintended teen pregnancies."

The researchers relied on tablet computers and a web-based questionnaire to calculate pregnancy risk for 219 non-pregnant females aged 14 to 21 who visited an urban pediatric ED and to assess the adolescents' receptiveness to receiving contraceptive care services within the ED. Study participants' mean age was 17. Sixty-nine percent were non-Latino black. Sixty-seven percent were publicly insured. Pregnancy risk was determined by scoring recent sexual activity, the type of contraceptive used and failure rates for that type of contraception.

Seventy-two percent of study participants said they were trying to avoid getting pregnant. However, 21 percent said they were unable to obtain birth control because they did not know where to go, were too embarrassed to ask or were worried their family would find out. Eighty-five percent said the ED should provide information about pregnancy prevention and contraception.

"The study volunteers' overall pregnancy risk was 9.6 - significantly higher than the national average pregnancy risk of 5--but rose as high as 17.5 for the study participants who were sexually experienced," Dr. Goyal says. "That means for every 100 girls, we would expect 9.6 to 17.5 pregnancies. Our findings support viewing the ED as a strategic venue to provide reproductive health services to reduce the high rates of unintended teenage pregnancies."

The study authors suggest that future research projects examine how to best integrate reproductive health services into ED care and quantifying the impact of such counseling on rates of unintended teen pregnancies.