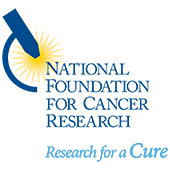 Research by several leading scientists including Rakesh Jain, PhD, Director of the Edwin L. Steele Laboratory for Tumor Biology at the Massachusetts General Hospital and supported in part by the National Foundation for Cancer Research, has provided the first evidence that the century old model for cancer metastasis - where cancer spreads from primary tumor, to nearby lymph nodes, and then to other organs - may not apply in all cases.

These findings were reported in the July 7 issue of Science and show that for the majority of colorectal cancer patients studied, distant metastases originated directly from the primary tumor without involving the lymph system in the process.

Using a simple assay developed by the same group, the scientists analyzed 213 tissue samples from 17 patients with colorectal cancer on their polyguanine (poly-G) repeats - small, mutation-prone segments of the genome - to determine the relationships between cancer cells at the primary tumor, lymph nodes and distant sites from the same patient. Their results showed that in only 35% of the patients studied, the path of cancer metastasis fits the traditional primary tumor - lymph node - distant site model, as both lymph node and distant metastases originated from the same cell type in the primary tumor. However, in 65% of patients, scientists uncovered that lymph node metastases and distant metastases matched different cell types within the primary tumor, indicating independent origins for these metastasis types.

"Lymph node metastases are typically considered as a precursor of distant metastases. Yet complete surgical removal of lymph nodes does not always lead to extended patient survival. Our study provides the first direct genetic evidence towards resolving this enigma," says Dr. Jain. "The poly-G typing assay we developed also provides a safe and cost-effective way to analyze the evolutionary path of cancer in individual patients, and could potentially be used in the clinic to help guide clinical management of patients with metastatic cancer."

"NFCR is proud that our continued support of Dr. Jain since 1998 has contributed to numerous important research breakthroughs in his lab," says Franklin C. Salisbury, Jr., Chief Executive Officer of NFCR. "We are deeply encouraged by this significant finding and its potential clinical application towards improved, more personalized patient care. This is another extraordinary example of Research for a Cure."

About the National Foundation for Cancer Research

The National Foundation for Cancer Research (NFCR) is a leading cancer research charity dedicated to funding cancer research and public education relating to cancer prevention, earlier diagnosis, better treatments and, ultimately, a cure for cancer. NFCR promotes and facilitates collaboration among scientists to accelerate the pace of discovery from bench to bedside. NFCR is committed to Research for a Cure - cures for all types of cancer. For more information, visit http://www.nfcr.org/ or call (800) 321-CURE (2873).