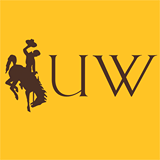 Mountaintop-removal coal mining causes many streams and rivers in Appalachia to run consistently saltier for up to 80 percent of the year, a new study by researchers at the University of Wyoming and Duke University finds.

The scientists examined water quality in four watersheds that flow into southern West Virginia's Mud River basin, the site of extensive mountaintop mining in recent years. In mountaintop-removal mining, underground coal seams are exposed by blasting away summits or ridges above them. Any leftover debris and crushed rocks are deposited in neighboring valleys, creating "valley fills" that can stretch for long distances and bury entire streambeds.

"Over time, alkaline salts and other contaminants from the coal residue and crushed rocks in these valley fills leach into nearby streams and rivers, degrading water quality and causing dramatic increases in salinity that are harmful to downstream ecosystems," says Fabian Nippgen, assistant professor of ecosystem science and management at the University of Wyoming.

To compound matters, the porosity of the crushed rocks increases the water storage capacity of the valley fills. This decreases natural storm runoff during high-flow winter months while contributing proportionately more water to streamflows during the drier months that make up about 80 percent of the region's calendar year.

"These significant alterations are likely to lead to saltier and more perennial streamflows throughout Appalachia, where at least 7 percent of the land has already been disturbed by mountaintop-removal mining," says Nippgen, who notes that mountaintop removal is not part of Wyoming's coal industry. "It's not just the mountains that are being changed."

The new findings have implications not just for Appalachia, but for large portions of the eastern United States, other coal-mining regions and other areas where humans have dramatically changed Earth's surface, says Matthew Ross, a Ph.D. student at Duke's Nicholas School of the Environment.

"The consequences are both an altered hydrologic regime -- which has implications for farming, urban water use and the environment -- as well as degradation of streamwater quality," he says.

Nippgen, Ross and their co-authors published the peer-reviewed study this week in the journal Environmental Science & Technology.

It is among the first studies to document mountaintop-removal coal mining's long-term impacts on watershed, and to show how mined areas contribute to local and regional streamflow.

"This work demonstrates that mined watersheds contribute disproportionately to summer baseflow through the Appalachian region, so that mine-derived pollutants are at higher concentrations, and are transported farther downstream, during these low flow times of year. That means many more Appalachian rivers are now flowing year-round and are consistently salty," says Brian L. McGlynn, professor of watershed hydrology and biogeosciences at Duke's Nicholas School.

Emily S. Bernhardt, the Jerry G. and Patricia Crawford Hubbard Professor of biogeochemistry at Duke, co-wrote the paper with Nippgen, Ross and McGlynn. Funding came from the National Science Foundation.

An interactive website detailing the new research is online at https://mtm-hydro.web.duke.edu.