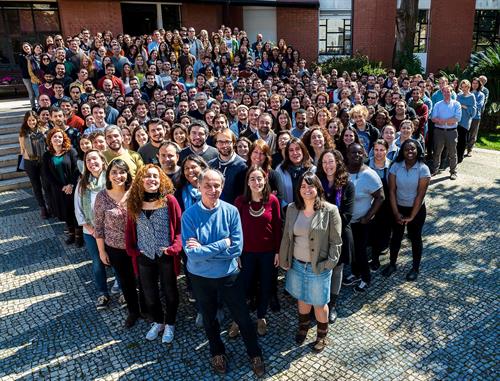 Most plant species, including crops, cannot tolerate the toxic effects of soil pollutants, which dramatically impair their growth and development. In a study now published in Scientific Reports*, a research team led by Paula Duque from the Instituto Gulbenkian de Ciencia (IGC; Portugal) discovered that two genes from baker's yeast can increase plant resistance to a broad range of toxic substances, enabling their growth in contaminated soils.

Heavy metals and organic pollutants released into the environment by the industry, as well as the misuse of herbicides and pesticides commonly used in agriculture, negatively affect the quality of soils. Some plant species are able to remove soil contaminants and grow normally, but these are a small minority. "Current strategies to decontaminate soils are very expensive and not so effective. The scientific community has been looking for alternative strategies to make plants more resilient to toxic compounds. A possible solution may lie in Saccharomyces cerevisiae, a species of yeast used for baking, brewing, and winemaking", says Paula Duque.

In fact, it was known that S. cerevisiae can resist herbicides and other chemicals. Isabel Sa-Correia's team at Instituto Superior Tecnico, Universidade de Lisboa (Portugal), who collaborated in this study, had identified two yeast genes playing a role in this mechanism. The Duque research group analysed the ability of those genes to confer multidrug resistance on Arabidopsis thaliana, a small flowering plant used as a model organism to understand biological processes common to other plants. After inserting either of the two yeast genes into this plant, the researchers found that it became more resistant to herbicides, fungicides and heavy metals. Plants carrying the yeast genes grew significantly better than wild-type plants in contaminated soils.

Paula Duque explains: "These two yeast genes produce proteins that are able to expel molecules from cells. So we hypothesized that they could play a similar role in plants, eliminating toxic molecules and allowing normal growth." The IGC researcher adds: "To extrapolate these results to crops, we will need further experiments in Arabidopsis to understand the mechanisms underlying plant resistance as well as studies in other plant species. But our results, obtained with genes of the yeast species that makes bread or beer, hold much promise to help solve a difficult environmental problem."

This study was conducted at the IGC and the Institute for BioEngineering and Biosciences (iBB) at Instituto Superior Tecnico, Universidade de Lisboa (Lisbon, Portugal). The work was funded by Fundacao para a Ciencia e a Tecnologia (Portugal).