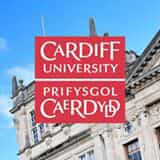 Samples of sediment taken from the ocean floor of the North Atlantic Ocean have given researchers an unprecedented insight into the reasons why Europe's climate has changed over the past 3000 years.

From the warmer climates of Roman times when vineyards flourished in England and Wales to the colder conditions that led to crop failure, famine and pandemics in early medieval times, Europe's climate has varied over the past three millennia.

For the first time, researchers have been able to pinpoint why this occurs, and the answer lies far out at sea in the North Atlantic Ocean.

Scientists from Cardiff University have studied fossil remains of shell-bearing plankton and grains buried in sediments from the North Atlantic to determine what conditions were like in the ocean on timescales of 10-20 years over a 3000-year period.

Writing in the journal Nature Communications, the researchers found that during cold periods, icy-cold waters from the Arctic would flow south into the Labrador Sea in the North Atlantic, altering the ocean circulation patterns and potentially slowing down the currents that transport heat to Europe.

"Seawater can hold more heat than the air, so it can act like a large storage heater. As such, the oceans can store and transport vast amounts of heat and are hence key for modulating our climate. Interestingly, we find changes in the circulation and distribution of waters in the North Atlantic which would have impacted the transport of heat to Europe," explains Dr Paola Moffa-Sanchez, from Cardiff University's School of Earth and Ocean Sciences who led the study.

Using the data contained in tiny marine fossil plankton shells and sediment grains, the researchers were able to build a record of past ocean conditions and link this with key historical records where the European climate was known to have been, on average, colder or warmer.

For example, the researchers were able to link a slowing down of the North Atlantic currents with a notorious cold period, often called the Little Ice Age, which ensconced Europe between 1300 to about 1850. Extensive cold winters were depicted in European paintings at the time, such as the famous ice skaters on the Thames in London.

Similarly, the researchers identified another slowing down of the North Atlantic currents at the same time as an extreme cold period in the 6th century, which led to widespread crop failures and famines worldwide. It is also believed that the consequences of this cold period perhaps contributed to the spreading of the Plague of Justinian -- one of the deadliest pandemics in human history that took the lives of an estimated 25 to 50 million people across the world.

"Our study shows the importance of the ocean on our climate and how this has naturally varied in the past when ocean measurements were not available. We've been able to link our results to historical records and provide an explanation behind some of the significant effects that the climate has had on the European population," explains Professor Ian Hall.

"Recently, because of our human influenced warmer climate, the Atlantic is receiving more freshwater from melting Arctic ice, which is in turn affecting the movement of the waters in the North Atlantic. Future changes in ocean circulation are likely to be felt within the pattern of climate change in Europe."