System has failed to keep up with changing geography of NYC’s economy, with routes that are meandering and disconnected from new jobs centers

Innovations like Select Bus Service, Bus Lanes, and Transit Signal Priority have been implemented slowly and halfheartedly, severely watering down their impact

Williamsburg, Morris Park, Norwood, Greenpoint, and Glen Oaks, among the most underserved neighborhoods 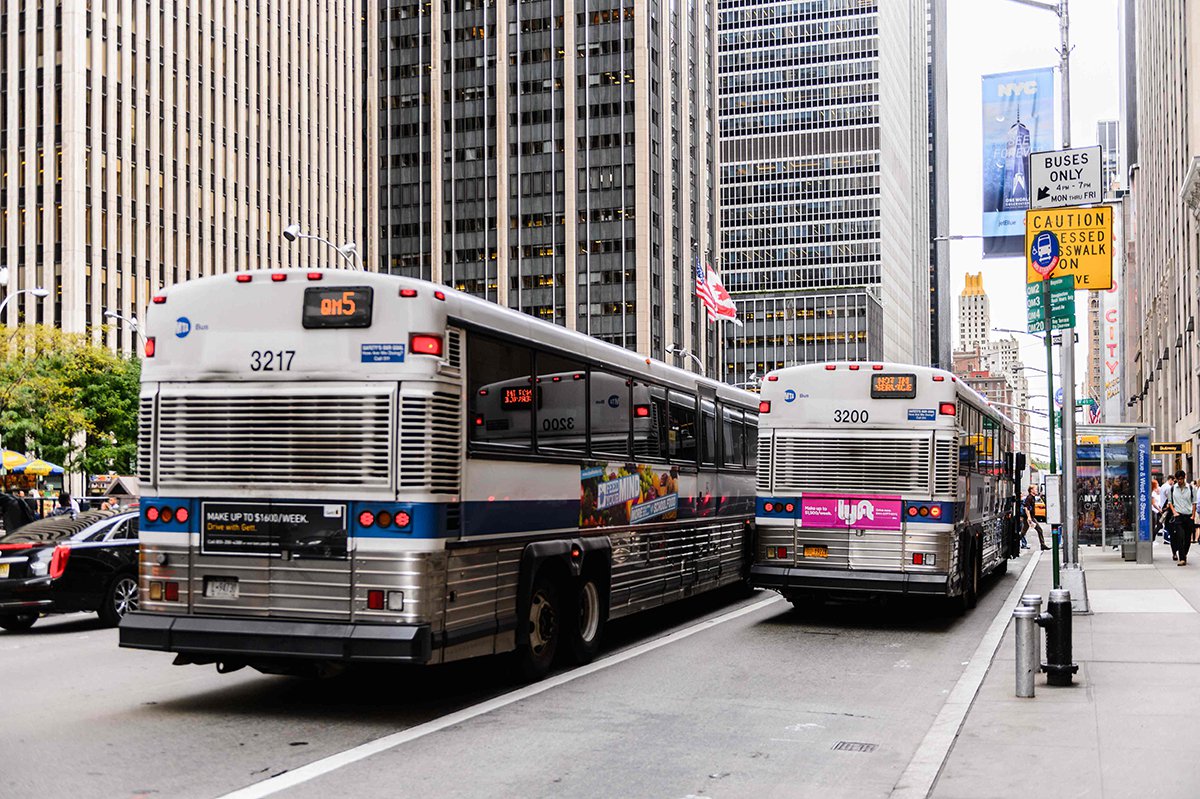 (New York, NY) — In the last eight years, the MTA bus system lost 100 million passenger trips while buses traveled at the slowest speeds in the country among large cities, according to a new report released today by New York City Comptroller Scott M. Stringer. The decline in ridership is not surprising, given routes that are often slow, unreliable, long, meandering, confusing, congested, and poorly connected, according to the Comptroller’s report, The Other Transit Crisis: How to Improve NYC’s Bus System. The report also found that the rapid decline in New York City’s bus service over the last decade disproportionately impacts immigrant and lower-income New Yorkers, since they make up the highest share of city bus riders.

“For forty years, our subway system deteriorated, and it has led to the frustration that New Yorkers now feel daily. Today, we’re sounding the alarm on our bus crisis. Falling ridership, major slowdowns, and a bus infrastructure in decline is having an effect across the five boroughs. If we’re going to have a thriving economy tomorrow, we need to rebuild our bus system today. Of course we have to focus on our subways, but we need to have a bus system that is the envy of the world,” said Comptroller Scott M. Stringer. “By unleashing innovative technologies, as well as honing in on strategies that improve reliability and service, we can change the game for New Yorkers. This cannot be a problem that is swept under the rug – this is an economic and social imperative that is critical to our future. The status quo is unacceptable, and we have to do better.”

MTA buses are now the slowest in the nation among large cities. In fact, bus service can often be slower than walking speed.

As service has deteriorated, ridership has plummeted.

This decline is happening at a time when NYC’s economy – and commuting patterns – are changing, with increased job growth outside of Manhattan that necessitates new routes.

As new employment centers emerge outside of Manhattan, the bus system has not kept pace.

Bus commuters are diverse and tend to be lower income than the City generally.

Long and meandering bus routes occur because the MTA often fails to follow its own design standards, schedules, and protocols.

In order to keep buses moving, the MTA aims to locate bus stops at least 750 feet apart. This “stop-spacing” standard is very low compared to other major cities, and yet it is applied very loosely by the MTA. On ten routes, for instance, bus stops are spaced more than 1,200 feet apart, or nearly double the standard, which can make access difficult for seniors and the disabled. Meanwhile, 30 percent of routes do not maintain even this minimum standard. In fact, among Manhattan bus routes, the average distance between bus stops is 757 feet, barely higher than the recommended minimum.

NYC’s bus system is also hampered by a fractured management structure that needs to be better coordinated.

To improve the City’s bus system, Comptroller Stringer’s report calls for a series of reforms, including a comprehensive review of the bus network to better align with new job centers and changing neighborhood demographics, and enhanced coordination between the MTA and City DOT. Comptroller Stringer is calling on the City and the MTA to do the following: