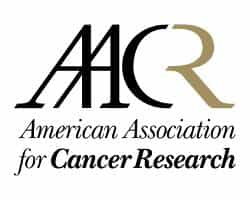 Background: "We are entering the age of 'precision medicine' in which diagnosis and therapy decisions for each cancer patient will be based on detailed molecular and chemical fingerprints," said Ryan. "Much of the revolutionary work that underpins precision medicine has been conducted on populations of European descent, with limited work in minority populations."

"But we want to make sure that all populations can benefit from this approach," se continued. "Studying the biology of lung cancer in African-Americans is one step toward that goal."

How the Study Was Conducted and Results: Khadijah A. Mitchell, PhD, a postdoctoral research fellow in Ryan's laboratory, and colleagues analyzed normal and NSCLC tissue obtained from 64 African-Americans and 74 European- Americans during surgery to remove their lung tumors. Tissue from 22 African-Americans and 19 European-Americans was analyzed for mRNA expression, which provides information about gene expression, and tissue from the remaining patients was analyzed for microRNA expression. These two different kinds of RNA have related, but different, roles inside the cell.

Author Comment: "This study helps close a gap in our knowledge of which genes are expressed in lung cancers from African-Americans, revealing clear differences in lung cancer biology between African- Americans and European-Americans," said Mitchell. "By understanding these racial differences in gene expression, we can account for how they may contribute to disease progression and treatment response and, ultimately, help reduce some health outcome disparities."

Limitations: According to Ryan, these data are first-of-a-kind for lung cancer and, therefore, they need to be replicated in larger cohorts of patients. Another limitation that she noted was that the data from the drug-response prediction model are just predictions and that additional detailed work, both in the laboratory and within the clinical trial setting, will be needed to verify the predictions. However, the work is a step forward for precision medicine analyses of lung cancer in minority populations, she said.