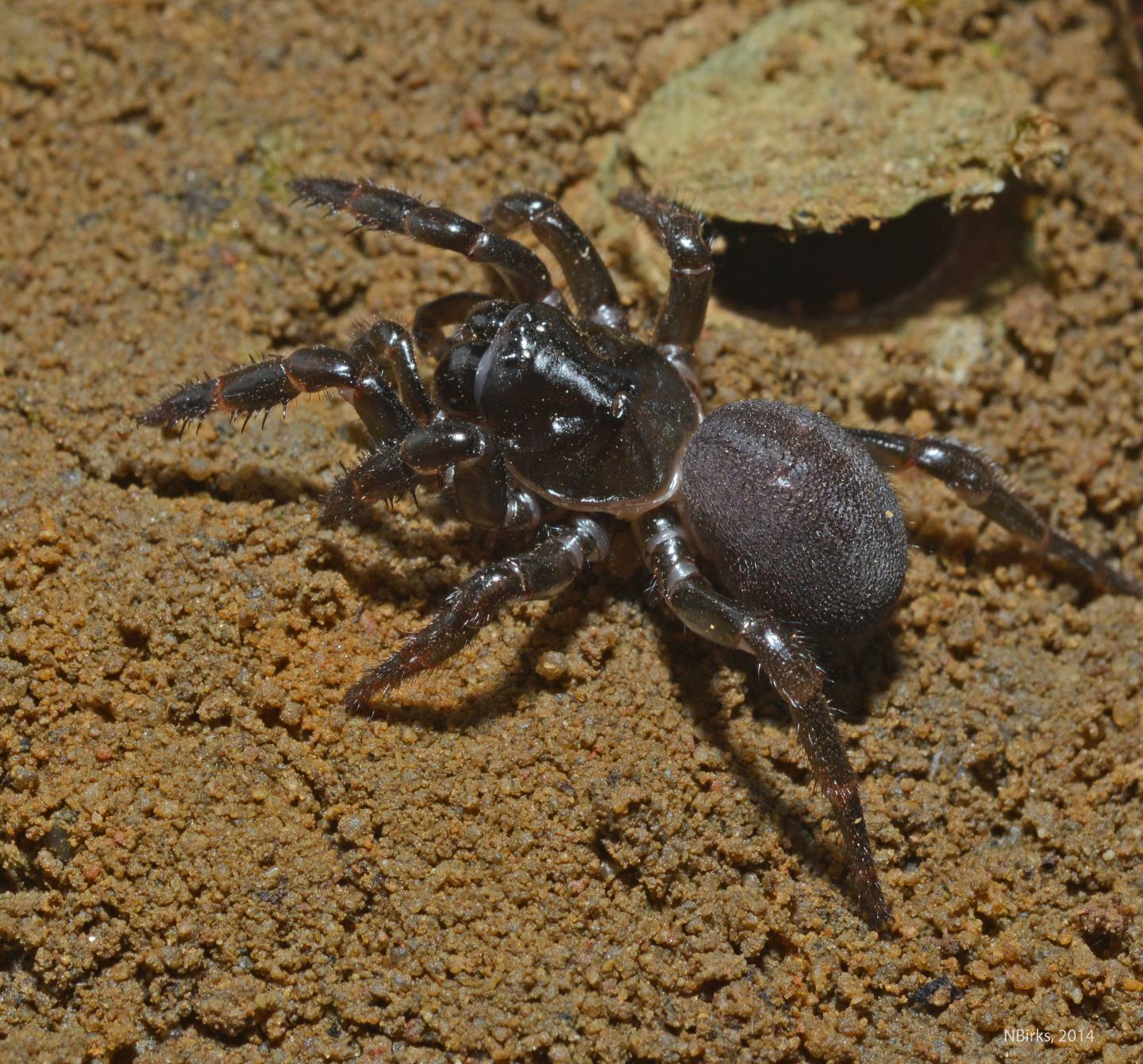 An Australian trapdoor spider may have crossed the ocean from Africa rather than being the product of geographical separation, according to a study published August 2, 2017 in the open-access journal PLOS ONE by Sophie Harrison from The University of Adelaide, Australia, and colleagues.

Darwin proposed that long-distance dispersal explained the evolutionary history of many groups of organisms. However, the distances across Southern Hemisphere oceans are so great that species there were generally postulated to be the products of the separation of Gondwana. With the advent of modern molecular techniques, however, this debate is now being revisited.

A good test case in this debate is an Australian trap door spider (Moggridgea rainbowi) that is sedentary and settles within a few meters of where it hatched, but was recently confirmed to belong to an otherwise African genus. To determine when the Australian species diverged from its African relatives, Harrison and colleagues compared six genes (five nuclear and one mitochondrial) from seven M. rainbowi on Kangaroo Island, Australia, and five Moggridgea from South Africa.

The researchers found that M. rainbowi diverged from its African relatives some two million years ago. This is long after the 110 million years needed to fit the hypothesis that M. rainbowi is the product of Gondwana's separation. Moreover, M. rainbowi diverged before people colonized Kangaroo Island, refuting the hypothesis that the species is the product of human introduction. Rather, the best fit with the divergence date is that M. rainbowi underwent long-distance dispersal from Africa to Australia. There is precedent for oceanic dispersal of Moggridgea: the spiders are also found on the Comoros, volcanic islands 340 kilometers from mainland Africa. The researchers suggest that M. rainbowi could have dispersed the 10,000 kilometers from Africa to Australia by rafting on, for example, a large chunk of vegetation or debris that washed out to sea.

In your coverage please use this URL to provide access to the freely available article in PLOS ONE: http://journals.plos.org/plosone/article?id=10.1371/journal.pone.0180139

Competing Interests: The authors have declared that no competing interests exist.