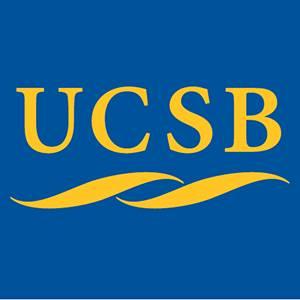 A new report by UC Santa Barbara researchers and colleagues at UC San Diego and the National Oceanic and Atmospheric Administration looks at three different dolphin species, studying what they eat and how they divide ocean resources and space -- important information for conservation and management. The team's findings appear in the journal PLOS ONE.

"We used the principle of 'you are what you eat' to unlock some of the secrets of dolphin diet," said lead author Hillary Young, an assistant professor in UCSB's Department of Ecology, Evolution, and Marine Biology (EEMB). "All of the foods that we or any animal eat are incorporated after digestion into body tissues. Most Americans, for example, chemically look like walking corn cobs because the foods we eat contain so much corn syrup."

On Palmyra, a remote coral reef atoll in the central Pacific, the researchers harmlessly collected tiny, rice-sized skin samples from three species of wild dolphins: spinner dolphins famous for their acrobatic jumps; bottlenose dolphins like those featured in the television show "Flipper"; and the aptly named melon-headed whale. The investigators examined the dolphins' chemistry to determine what foods they ate and how their diets differed. They concentrated specifically on what could be learned from investigating ratios of stable isotopes.

The scientists found that bottlenose dolphins sat at the top of the food chain -- in all likelihood because they hunt bigger fish and squid. Yet comparisons of the feeding ecology of the three focal dolphin species as gleaned from the chemistry suggested considerable overlap in the feeding ecology of all three species.

This result was quite different from that of other research conducted by Young and her UCSB colleagues, which found different groups of marine predators in the Palmyra area finely partitioned where they hunted and what they ate in order to reduce competition and promote ecological coexistence.

Just when the researchers thought they had the dolphin food chain well characterized, however, they met with a surprise. "Another dolphin swam up and ate the dolphin we had pegged to be at the top of this food chain," Young explained. A pod of vagrant killer whales known as orcas -- the largest species of dolphin -- made a brief stopover at Palmyra, and nabbed a bottlenose dolphin from the pod the researchers were actively studying.

Orca diets have been well researched in the Pacific Northwest, but almost nothing is known about their feeding or ecology in tropical latitudes. The scientists collected a sample from one of the orcas that suggested this apex predator fed much higher in the food web than the other dolphins in the study.

"That was a one-in-a-lifetime event," McCauley said. "We are all familiar with scenes of orcas hunting in places like Alaska or Canada, but none of us expected to see this a short swim from a tropical coral reef."