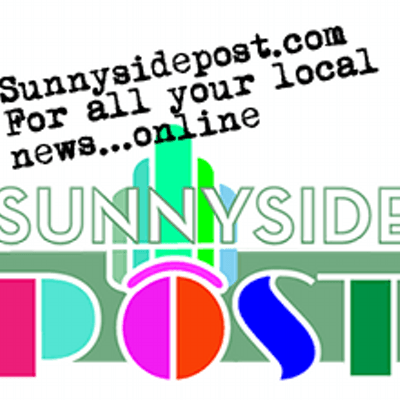 Nearly 70 tenants—many of whom live in Sunnyside and Woodside buildings–are part of a class action law suit that alleges that their management company has been illegally jacking up their rent by falsely inflating the cost of apartment improvements across its entire portfolio of properties.

The lawsuit, which has 67 plaintiffs, was filed Tuesday against Forest Hills-based Bronstein Properties, one of the largest residential landlords in New York City. The suit was filed in the New York Supreme Court on behalf of the named plaintiffs as well as all of Bronstein’s tenants who paid inflated rent between July 25, 2013 and today.

Many of the named plaintiffs are tenants from as many as seven Sunnyside and Woodside buildings.

The suit, filed by the New York City-law firm Newman Ferrara, claims that Bronstein and its owner Barry Rudofsky have been in violation of New York City’s Rent Stabilization laws, which has led to unfair rent hikes.

Under the law, landlords are able to increase rent on rent stabilized apartments based on annual increases set by the Rent Guidelines Board, as well if there are major capital improvements to the buildings, such as elevators, new roofs or new windows, or if there is a vacancy or renovations to individual apartments.

The plaintiffs claim that many of the renovations to individual apartments were not done and the rents were increased illegally.

Landlords are allowed to pass on the cost of upgrades, such as redoing a bathroom or putting in a dishwasher, to new tenants through rent increases. They are not allowed to increase the rent for normal maintenance, like painting an apartment, or for repairs.

Among the plaintiffs are Clement Chan and Matthew Haensly, who reside at 43-32 47th Street in Sunnyside. The rent on their apartment, according to the lawsuit, was increased by $1,316.86 above what the previous tenant paid before they occupied their apartment.

This 141 percent increase, the lawsuit reads, would have required more than $67,800 in improvements to the apartment to be justifiable. However, an inspection of their apartment showed that no such improvements were made, according to the suit. They are joined in the lawsuit by several other tenants in Sunnyside.

The tenants live in the following buildings:

Two tenants from Woodside make similar claims, according to the lawsuit. Jonathan Leung and Luke Van Dee Veer live at 39-89 51st Street. Their regulated rent was increased by $781.25 above what the previous tenant paid. This 76 percent increase would have required more than $30,800 in upgrades, according to the lawsuit. Like the other apartments, an inspection showed that no improvements were made, the plaintiffs claim.

The suit alleges that “it is reasonable to conclude that the practices complained of herein affect hundreds, if not thousands, of current and former tenants in the Bronstein Portfolio.”

Improvements to individual apartments allow landlords to permanently increase the rent of a rent-stabilized apartment by roughly 2 percent of the total cost of improvements, according to Rent Stabilization laws. However, landlords are not required to submit receipts to the government in order to prove the costs: it is based solely on an honor system.

“In theory, Individual Apartment Improvements are used to rehabilitate apartments,” said Aaron Carr, founder of the Housing Rights Initiative, a non-profit dedicated to working on behalf of tenants in rent stabilized buildings. “In practice, they are a breeding ground for rent fraud and a sinkhole for our city’s affordable housing stock.” The suit comes in the wake of an investigation by the Housing Rights Initiative.

The non-profit also claims that that it discovered that Bronstein has been receiving millions of dollars in J-51 tax breaks in return for providing rent stabilized housing, while cheating tenants out of their affordability.

Bronstein Properties has received more than $4,000,000 in active J-51 tax benefits and millions of dollars more in expired benefits, according to the lawsuit. More than 70 of their buildings have received J-51 tax benefits at one point or another, according to the suit. Landlords receive J-51 in return for rehabilitating apartment buildings. As a condition to receiving benefits pursuant to the J-51 Program, a building owner must provide its tenants with the protections of the rent stabilization laws.

The plaintiffs are calling on Bronstein to charge rents in line with what is legal and to provide evidence of the improvements it made. Second, on behalf of the named plaintiffs and current and former tenants in the Bronstein buildings, it seeks damages for rent paid over and above the legal amount and attorneys fees.