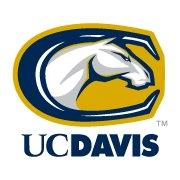 Their study, published today in PLOS One, highlights the dilemma physicians and surgeons face when their terminally ill cancer patients are diagnosed with a condition that may benefit from surgery, such as bowel obstruction, as well as the need for substantive discussions about the risks of surgery and implications on future quality of life.

"We commonly consult with patients who have acute surgical conditions and advanced cancer, and it has left us to weigh the risks and benefits of surgical intervention," said lead author Sarah B. Bateni, a fourth-year surgery resident. "It's important carefully examine their risks before proposing surgery, and to understand what their goals of care are for their remaining days."

For the study, Bateni and colleagues examined the cases of approximately 18,000 patients who had stage 4 (metastatic) cancer who went on to undergo surgery. The cases were matched with patients who had similar characteristics such as age, gender and functional status before surgery and underwent similar operations but did not have stage 4 cancer.

"This diagnosis really is an indicator of the frailty of these patients and is itself a risk factor for readmission, prolonged stays in the hospital and discharge to other facilities," she said.

Bateni and her co-authors conclude that doctors and surgeons need to talk with their terminally ill cancer patients about their end-of-life goals, palliative care and the risks and benefits of surgery.

"We all need to clarify the goals of care for patients with advanced cancer prior to providing - or even discussing - the potential surgical interventions," she said.

Given that the prevailing wisdom has been that surgery is the only treatment option for these patients, the researchers now plan to analyze the outcomes of stage 4 cancer patients with conditions that are considered operable but who don't have surgery.

The study is entitled "Increased Rates of Prolonged Length of Stay, Readmissions, and Discharge to Care Facilities among Postoperative Patients with Disseminated Malignancy: Implications for Clinical Practice." Co-authors include Frederick J. Meyers, Richard J. Bold and Robert J. Canter, all of UC Davis.