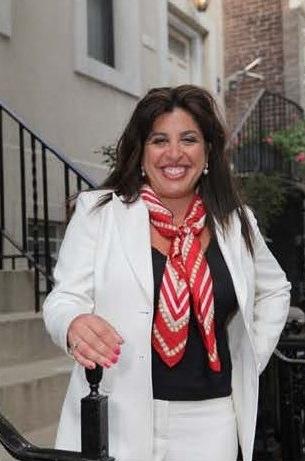 Please join us on July 13 for a fundraiser to help elect Judge Kraus to Civil Court. A copy of the invitation is annexed hereto. Judge Kraus is running in a contested Democratic Primary against two other opponents for election in the 6th Judicial District on September 13.

The 6th Judicial District is on the East side of Manhattan from 59th Street to 110th Street.

It is a hotly contested race, but Judge Kraus is the only candidate reported out of the Independent Democratic Screening Panel.

As practitioners in Civil Court you know how important it is to elect experienced qualified jurists to the bench.

Please help by attending the fundraiser on July 13.

Thank you for your consideration.

Checks should be made payable to SABRINA KRAUS FOR CIVIL COURT

Please note that contributions are not disclosed to judicial candidates

Contributions are not tax deductible for federal income tax purposes. The maximum contribution that can be given to this campaign at this time is $3,880.00. Each separate corporation is subject to the same limits as individuals except that each corporation has an annual limit of $5,000.00 that can be contributed to all political campaigns in a calendar year. 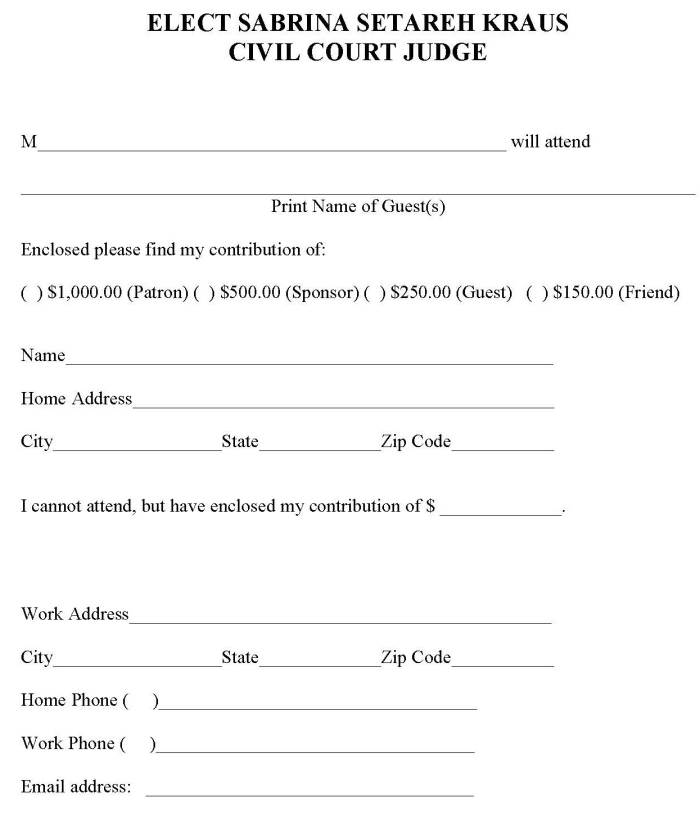 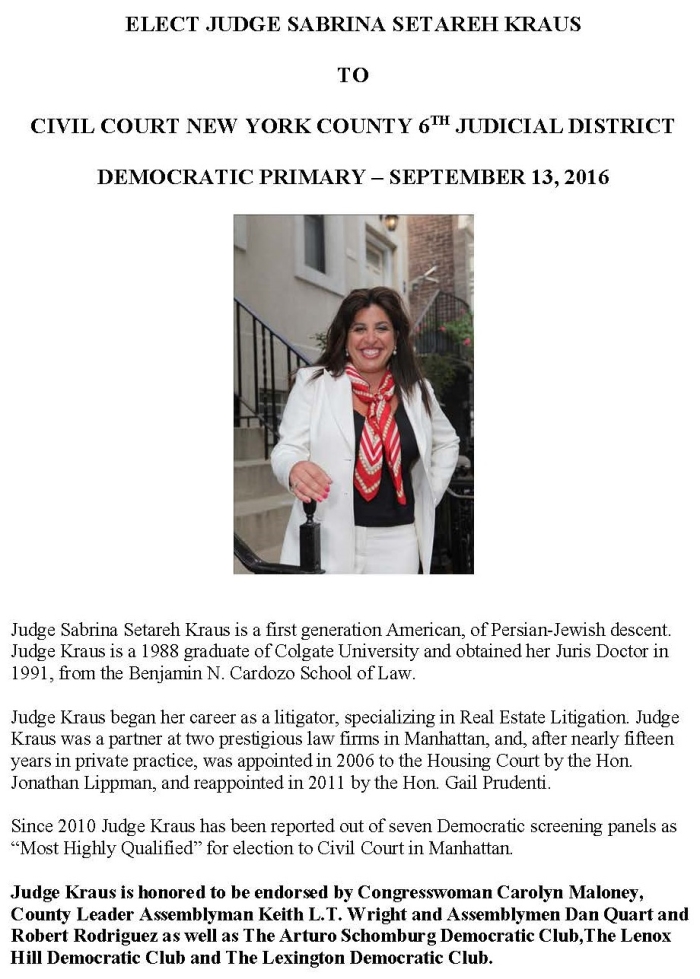