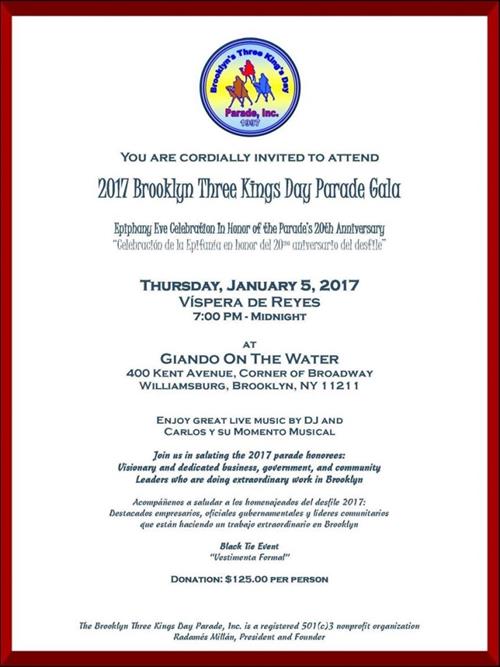 THE PUERTO RICAN BAR ASSOCIATION INVITES YOU TO JOIN US FOR

IN HONOR OF OUR JUDICIARY

AND THANK YOU TO OUR MEMBERS, SPONSORS AND SUPPORTERS

JOIN US AT THE BROOKLYN THREE KINGS DAY PARADE

Please join the Puerto Rican Bar Association on Sunday, January 8, 2017 and march with us in the Brooklyn, Three Kings Day Parade and celebrate its 20th anniversary.

See details below. We are humbled and honored this year to be Marshals of the Brooklyn Three Kings Day Parade as we honor and pay tribute to our cherished traditions. We look forward to celebrating with you on Avenue of Puerto Rico, (Graham Avenue), Brooklyn, New York.

DETAILED INFORMATION ON THE PARADE AND RELATED EVENTS

Kick-Off Breakfast Breakfast will be hosted on Saturday, January 7, 2017 at Woodhull medical Center, located at 760 Broadway, Brooklyn, NY, 11206, at the intersection of Broadway and Flushing Avenue. (J, M, or Z train to Flushing Ave.), Time: TBD

Epiphany Celebration Solemn Mass will on be held on Sunday, January 8, 2017 at All Saints RC Church, Located at 115 Throop Avenue, Corner of Flushing Avenue, (J, M, or Z train to Flushing Avenue). Service will begin at 11:30am.

Three Kings Gifts The Three Kings will be distributing gifts to children with tickets. Please inform us if your contingent will include children, so that we may hold tickets for your use.

Thank you for your support. We look forward to seeing you at the parade and hope you will join us at our fundraiser gala and other parade events. Radames Millan, President, Brooklyn 3 Kings Day Parade 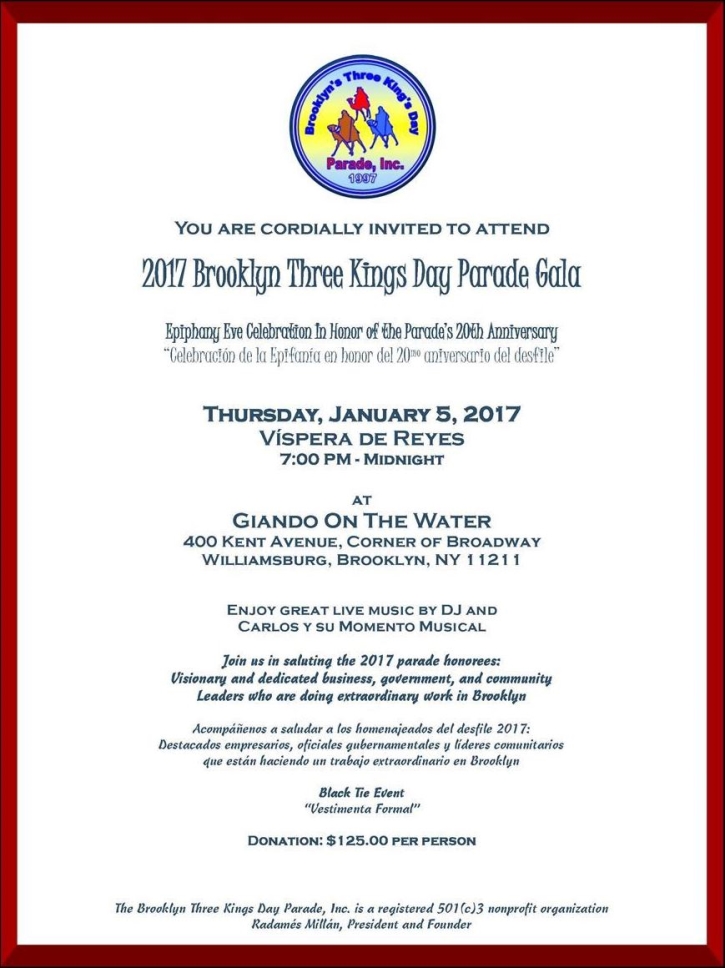