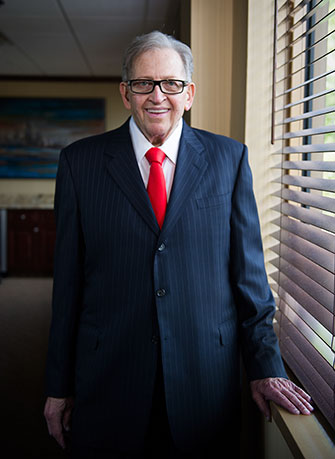 We are sorry to share the news of the passing of Bob Sack, of Salenger Sack Kimmel & Bavaro.

Bob Sack was a founding partner, responsible for the firm’s daily operations and supervision of the staff. A graduate of Brooklyn Law School, he was admitted to the Bar in New York and the United States Federal Courts. Bob’s adherence to teamwork and a strong code of ethics set an example for the firm in its approach to personal injury cases.

A Dean’s list graduate of Hunter College, he was elected to the school’s Athletic Hall of Fame as a varsity basketball player. Mr. Sack later taught Business Law as an adjunct at Queensborough Community College.

NYSTLA extends its sympathies to his family and friends.