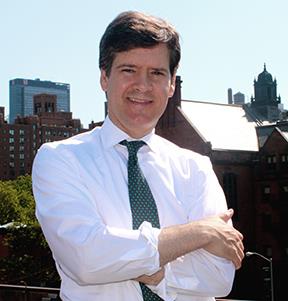 Scientific research shows indoor tanning beds are detrimental to the long-term health of users under the age of 18; increase risk of cancer by 75 percent

Hoylman: “As high school prom season approaches, there’s simply no excuse for allowing our kids to be exposed to this level of cancer risk”

State Senator Brad Hoylman (D-Manhattan) recently introduced a bill to ban all minors from using indoor tanning beds, which extensive research has shown to be linked to melanoma and other serious health problems.

Senator Hoylman’s legislation would close the loophole in New York that permits 17-year-olds to use indoor tanning beds with parental permission. The Food and Drug Administration (FDA) has stated that tanning beds should not be used by people under the age of 18.

The bill would also continue to ban those 16 and under from using indoor tanning beds and maintain current regulations requiring tanning facilities to only allow adult customers who show a valid ID proving their age, sign a written statement acknowledging that they have been made aware of the danger of using tanning facilities, and wear safety goggles.

State Senator Brad Hoylman said: “The data shows that the use of indoor tanning beds can increase the risk of cancer by 75 percent. As our teens get ready for the high school prom season, we should take steps to protect them from using dangerous indoor tanning beds. There’s simply no excuse for allowing our kids to be exposed to this level of cancer risk.”

Bill Sherman, American Cancer Society Cancer Action Network Vice President of Government Relations, Eastern Division, said: “The American Cancer Society Cancer Action Network supports Senator Hoylman’s important legislation to protect youth from the risks of tanning devices. Young people have a heightened risk of developing skin cancer from UV radiation emitted from tanning devices because their skin is not yet fully developed. By prohibiting youth under the age of 18 from using indoor tanning devices, we can reduce the number of skin cancer diagnoses and save lives across the state.”

According to an analysis of more than 20 studies by the World Health Organization’s International Agency for Research on Cancer, risk of melanoma is increased by 75 percent when the use of tanning devices starts before age 30. A study in 2012 found that the risk of cancer increases 15 percent every four times one visits a tanning salon.

According to the FDA, tanning can also cause premature aging, immune suppression, irreversible eye damage, and allergic reactions (including rashes).

Furthermore, a number of studies show that those who frequently use tanning beds experience changes in brain activity that mimic the patterns of drug addiction, underscoring the importance of protecting kids from these harmful devices.