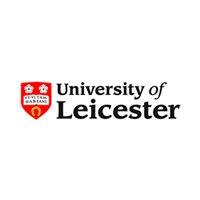 Men more likely to achieve targets if they are set goals

A new study by the University of Leicester has revealed that men are more receptive to goals in the workplace than women.

Using a timed addition task, research from the University's Department of Economics examined the effect of non-binding goals - where no monetary rewards or punishments are associated with success or failure - on effort, and found:

One hundred and nine research participants completed a simple addition task summing up sets of five two-digit, randomly drawn numbers over five minutes in one of three groups:

They found participants within the two goal groups scored more correct answers, attempted more questions and had greater accuracy during the tests. However, there was no significant difference between the two goal groups, showing that having a goal is more important than the specific value of the goal.

Research lead Samuel Smithers, PhD student from the University of Leicester's Department of Economics explained: "The focus of this research was to determine how to motivate people. When we are given a goal, we feel a sense of purpose to achieve it; it naturally helps to focus us. The findings demonstrate that setting a goal induces higher effort.

"My research found that women perform better than men in the no goal setting, but men thrive in both of the goal treatments, suggesting that men are more responsive to goals than women. I also found a 20 per cent and 35 per cent increase in correct number of additions for the medium and challenging goal groups over the control group.

"This is an incredible increase in output without the need for extra monetary incentives. The increase was due to an increase in both the speed and accuracy of the participants in the goal groups."

Participants were rewarded 25p for every correct answer, but no additional monetary bonus if they achieved their goal, showing that satisfaction for achieving a goal is motivation enough for greater performance.

"Behavioural economics paints a richer picture of human motivations, such as responsiveness to non-monetary goals, relative to classical economics that almost exclusively explores the effect of monetary incentives.

"Samuel's research shows that gender differences in economic behaviour are important and widespread. These results will be useful for policy-makers but also for private firms. Furthermore, this research serves to highlight the cutting-edge research in behavioural economics that continues to be undertaken at the University of Leicester."

The research, which is published in Economics Letters, was funded by the Economic and Social Research Council (ESRC).