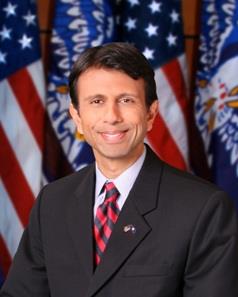 Governor Bobby Jindal and board Chairman Arunas Laurinaitis of Lithuania-based Investimus Foris recently announced the company will make a $265 million capital investment to convert an idle biofuels refinery in Grant Parish into an ammonia manufacturing facility. The project will create 85 new direct jobs at an average annual salary of $55,000, plus benefits. Louisiana Economic Development estimates the project will result in an additional 584 new indirect jobs for Grant Parish and the Central Louisiana region, for a total of more than 650 new jobs in the state. The company expects the project to generate 560 construction jobs.

Investimus Foris is buying assets of the former Vanguard Synfuels refinery in Pollock as the site for its new facility. The company also is negotiating with European and Asian companies to purchase and move ammonia plant components that will be coupled with existing plant infrastructure in Pollock to create the new ammonia facility. The Louisiana refinery had been operated as an ammonia plant before its acquisition by Vanguard Synfuels.

Governor Jindal said, “This foreign direct investment by a subsidiary of one of the leading corporations of Europe’s Baltic Region represents an exciting new chapter in Louisiana’s ongoing economic development success story. We applaud the initiative of Investimus Foris to take an idle biofuels plant and retrofit it as an ammonia production facility. This project will result in hundreds of permanent jobs and construction jobs that will provide an important economic boost for Central Louisiana.”

The European company’s project is the latest in a series of recent foreign direct investment wins for Louisiana. The state increasingly has cultivated FDI projects in its economic development efforts since 2008, and Louisiana now ranks No. 1 in the U.S. for per capita FDI attracted to the state.

“In Louisiana, we have found the right location for our company to grow and thrive,” Laurinaitis said. “We are grateful to Governor Jindal, Louisiana Economic Development and the local authorities in Central Louisiana who have welcomed us. Investimus Foris is looking forward to a long and successful experience in Grant Parish.”

LED began discussing a potential project with the company in April 2014. To secure the project, the state offered a competitive incentive package that includes the services of LED FastStart®, the top-ranked state workforce development program in the nation. The company also is expected to utilize Louisiana’s Quality Jobs and Industrial Tax Exemption programs.

The plant will produce 500,000 tons of ammonia per year for use in agricultural applications. Most of it will be shipped by pipeline to destinations in the northern U.S. The company also is exploring foreign export markets. Construction is expected to start in the second quarter of 2016 and is scheduled to be completed within 26 months, in the third quarter of 2018.

“We are happy to welcome Investimus Foris to Grant Parish and Central Louisiana,” said President and CEO Jim Clinton of the Central Louisiana Economic Development Alliance. “It’s great to see the Pollock facility heading back into production, as well as the new jobs being created.”

About Investimus Foris
Investimus Foris is affiliated with ICOR, a Lithuania-based conglomerate of companies specializing in manufacturing, energy, facilities management and other areas. For more information, visit http://www.icor.lt/en.