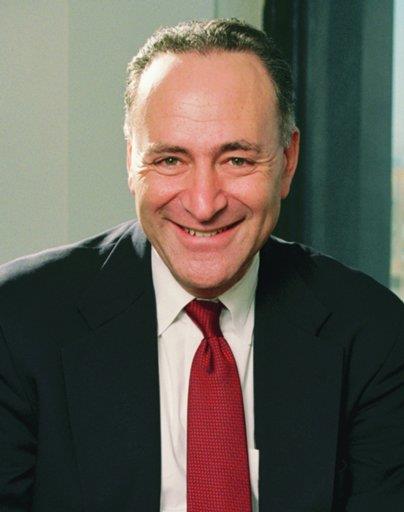 FAMILIES ACROSS BINGHAMTON & S. TIER ARE MOVING INTO HOMES ONCE USED AS METH LABS & DO NOT EVEN KNOW IT; REMNANTS OF CHEMICALS MAKE HOMES POTENTIALLY HAZARDOUS TO HEALTH – SCHUMER ANNOUNCES FIRST-EVER FED LAW REQUIRING HOMEOWNERS TO ALERT BUYERS OR RENTERS THAT HOME WAS ONCE USED TO MAKE METH

Only 5% of Homes Used to Make Meth Are Ever Disclosed; S. Tier is Meth Epicenter, So Number of Homes Could Be Huge – Chemicals from Meth-making Process Seep Undetected Into Carpet & Walls; Can Cause Dry Mouth, Headaches, Nosebleeds & Breathing Problems, Especially in Children

Shockingly, Unlike Other Hazards Like Lead, There is No Fed Law Requiring Disclosure By Sellers that Know A Home Was Once Used As Meth Lab; 23 States Have Laws, But Not NY – Schumer Bill Would Require Disclosure & Create Civil Penalty for Those Who Do Not Comply; Proper Meth Lab Clean-up Can Cost Up to $10K

Schumer: S. Tier Residents Have A Right To Know If Their Home Was Once A Meth Lab

Last week, at 71 Crocker Ave. in Johnson City, U.S. Senator Charles E. Schumer announced new federal legislation that would require home sellers and landlords who know a home was used as a meth lab to alert potential buyers or renters. Schumer said that families in Binghamton and across the Southern Tier are unknowingly moving into homes that were once used to make meth, because there is no law requiring sellers or landlords to disclose the home’s former use. Schumer said that it is critical for buyers or renters to be aware that meth was once made in their home because the chemical remnants from the meth-making process are hazardous to health and often seep into carpets and walls. These chemicals can cause dry mouth, headaches, nosebleeds and breathing problems, especially in children. It can also cost up to $10,000 to clean up, a major expense for families, once they realize the situation. Schumer’s legislation will be modeled after similar rules for disclosing the presence of lead; it will require homeowners to disclose the former use of the property when they know it was used as a meth lab and create a civil penalty for those who knowingly do not comply. Schumer noted that 23 states have enacted laws like this, but not New York, and that a strong federal standard is needed.

“When law enforcement officials raid a meth lab, they often wear a ‘moon suit’ to protect themselves from exposure to the chemical remnants and toxic byproducts left behind from the meth production, but the families and children moving into these former meth houses do not have the same benefit. Too often families do not find out their new home was the site of a meth lab, where these chemicals have likely seeped into the carpets and walls, until it is too late and the health consequences are overwhelming,” said Schumer. “The fact that sellers or landlords are not required to disclose that a home was formerly used as a meth lab is outrageous, and I am introducing legislation that would right this horrible wrong and require those who know their home was used as a meth lab to alert potential buyers or renters. It does not take a lab scientist to see there is a clear need for federal disclosure laws that help protect our families and children from exposure to meth-making chemicals.”

Schumer continued, “Meth use and production is a serious epidemic in Binghamton and the entire Southern Tier Region, and across our state and nation. We need to do everything we can to ensure that families who are spending their hard earned dollars on a home do not unknowingly expose themselves to these harmful chemicals.”

Schumer explained that in the State of New York and 27 states across the country, a home seller or landlord are not required to inform a potential buyer or renter if the property was previously used as a meth lab. Schumer said this is troubling given the fact that chemical remnants from the meth-making process are hazardous to health and can seep into carpets and walls, leaving behind materials and toxic byproducts often invisible to the eye that are still incredibly harmful. These substances can include propane fuel, lithium, sodium hydroxide and solvents like benzene, acetone and hexane, all of which can have negative and lasting effects on families and children in particular. These chemicals can cause dry mouth, headaches, nosebleeds and breathing problems, among other serious health issues. Because meth production can include such a wide array of chemicals, the resulting byproducts and health risks can vary greatly, a gamble Schumer said families should not have to make. Exposure to high concentrations of solvents like acetone can cause death, while chronic inhalation of hexane can cause significant damage to the central nervous system. The byproduct benzene has been linked to anemia and leukemia in adults as well as children. A simple test can detect the presence of chemicals used in the methamphetamine production process, and Schumer’s legislation would require sellers and landlords that are aware of the presence of these materials to disclose that information to potential buyers of these homes.

According to the U.S. Drug Enforcement Administration (DEA), approximately five pounds of toxic waste is generated as a byproduct for every pound of meth manufactured. Schumer said this means an alarming amount of chemical remnants and waste byproducts from the meth-making process could be present in homes without a new owner’s or renter’s knowledge. Schumer said this underscores the need for strong federal disclosure standards. Schumer said that it is critical for buyers or renters to be aware that meth was once made in their home because the chemicals left behind are hazardous to health. The DEA estimates that only 5 percent of homes used to make meth are ever disclosed, meaning the current number of unsuspecting buyers and renters impacted could be greatly underestimated. According to the DEA’s National Clandestine Laboratory Register, as of January 2015 there were 19 former meth lab houses in Broome County that have been disclosed, 4 of which are located in the Binghamton area. Schumer explained that, if only 5 percent of these homes are ever disclosed, the total number of former meth-making locations in residential homes could be over 80 in the Binghamton area, well over 300 for Broome County, and several hundred more for the entire Southern Tier Region.

Schumer’s push comes on the heels of several recent reports of meth lab busts in the Binghamton and Southern Tier areas. According to reports done by Binghamton area media, including the Binghamton Press and Sun and WBNG Channel 12, 2015 has already seen a series of meth-related incidents, including a meth-making related fire that torched a home on Abbott Street on Binghamton’s east side. Schumer said 2014 saw a similar series of busts and arrests. In December, Binghamton police arrested a man who was in possession of 10 pounds of meth while making the substance in his home lab on Blanchard Avenue in Binghamton. In November, New York State Police arrested three people for making meth in a residence on Croker Avenue in Johnson City. In October, the Chenango County Sheriff’s Office arrested a man in his home meth lab on South Chenango Street in the Village of Greene. Schumer said the rise in meth production and busts in Broome County and the Southern Tier has become a major concern, but what is also concerning is that families could be moving into the homes that were previously used for meth making without even knowing it. In addition to the serious health risks associated with living in a former meth lab that is still contaminated, Schumer explained, it can also cost up to $10,000 to clean up these former meth lab homes, which is a major expense for families once they realize the situation.

That is why Schumer is announcing legislation that would require home sellers or landlords to disclose the former use of the property when they know it was used as a meth lab and create a civil penalty for those who do not comply. Schumer noted that 23 states have enacted laws like this, but not New York, and that a strong federal standard is needed. Schumer likened this legislation to one that requires owners and landlords who know their properties present health hazards as a result of the presence of lead-based paint to disclose this information to potential buyers and renters. Lead from lead-based paint can place pregnant women and young children at risk. Young children in particular are most at risk of developing lead poisoning and permanent neurological damage from the lead, including learning disabilities, behavioral problems, and impaired memory. Schumer said that it is shocking that, unlike other hazards like lead, there is no federal law requiring the same type of disclosure by sellers that know a home was once used as a meth lab. The fine for failing to disclose lead to potential buyers or renters is up to $11,000.

“Methamphetamine use and production has grown in prevalence in our region in recent years. Not only is it one of the most dangerous drugs in terms of addictive strength and physical side effects, it is also highly dangerous to produce. The chemical process used to manufacture methamphetamine is often conducted inside of residences and the harmful effects of the volatile chemicals used can linger in a home for years. The Methamphetamine Home Disclosure Law as proposed by Senator Schumer will help ensure that prospective new homeowners are alerted to the presence of a former meth lab, and can help protect their families from the harmful side effects of exposure to these dangerous and volatile chemicals,” said Johnson City Police Chief Brent Dodge.