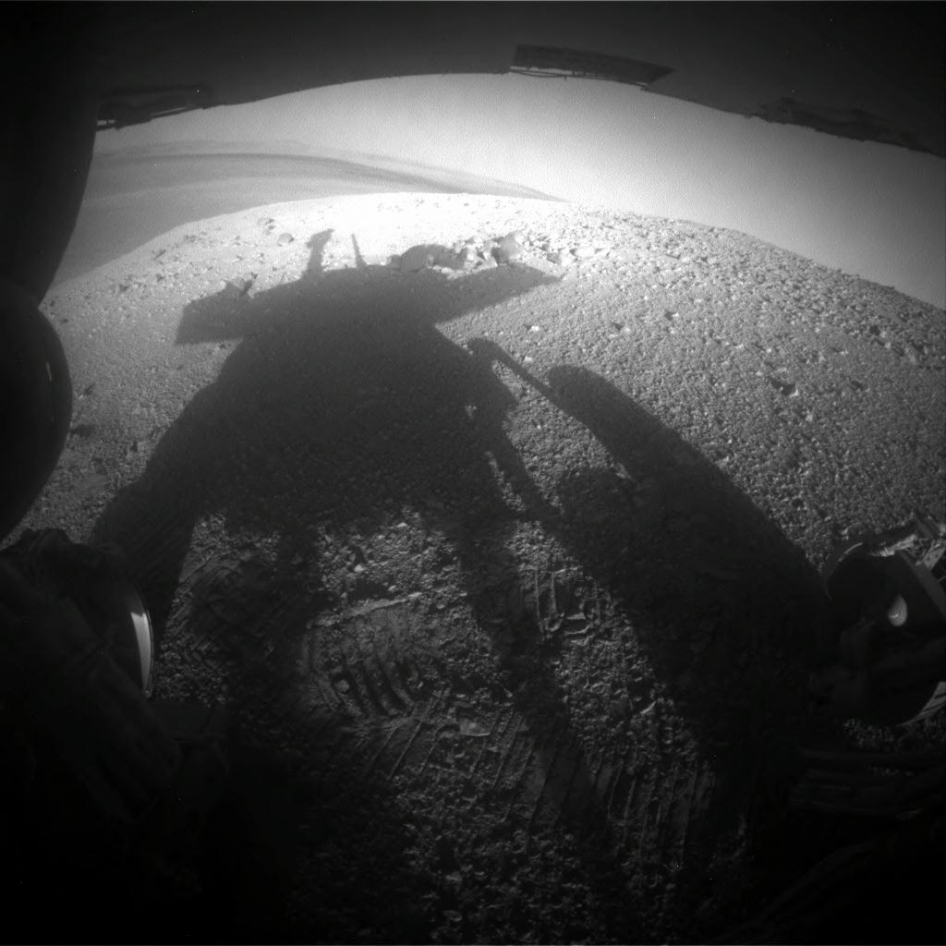 NASA's Mars Exploration Rover Opportunity caught its own silhouette in this late-afternoon image taken by the rover's rear hazard avoidance camera. This camera is mounted low on the rover and has a wide-angle lens.

The image was taken looking eastward shortly before sunset on the 3,609th Martian day, or sol, of Opportunity's work on Mars (March 20, 2014). The rover's shadow falls across a slope called the McClure-Beverlin Escarpment on the western rim of Endeavour Crater, where Opportunity is investigating rock layers for evidence about ancient environments. The scene includes a glimpse into the distance across the 14-mile-wide (22-kilometer-wide) crater.