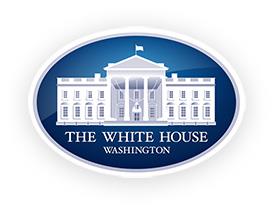 If the United States government shuts down tonight and our economy takes a hit, it will be because House Republicans let it happen.

Right now, there's a bill sitting in the House that funds the government for a few more weeks. It doesn't demand the repeal or delay of the health care law, or deny women access to birth control, or include any other failed, partisan proposals. It funds the government. That's it. And if Republican leadership allowed a simple yes or no vote on this bill -- like the Senate has -- it would get enough support from members of both parties to pass.

Instead, the government that these Republicans were elected to fund will close down and that will hurt our economy. Americans across the country won't be allowed to show up for work. Paychecks could be delayed, meaning some folks will have to cut back on groceries or maybe even not pay a few bills. Businesses will have fewer customers. Veterans won't get services they rely on -- and it will put benefits for seniors at risk.

Even though they've already voted over 40 times to defund or delay the health care law, this group of Republicans in Congress is so obsessed with the idea of sabotaging Obamacare that they're willing to take the economy hostage to do it.

Take a look at how this shutdown will affect millions of Americans -- and then make sure you share it so other folks know, too.

President Obama has said time and time again that he's willing to work with folks on both sides of the aisle to grow our economy and even improve the health care law. But using the threat of government shutdown or defaulting on the bills our country owes is reckless and irresponsible.

In fact, shutting down the government won't stop Obamacare. The Health Insurance Marketplace will still open for business starting tomorrow, without delay.

Washington needs to stop manufacturing crises and focus on the issues that matter: creating jobs and building a strong middle class. Taking our economy over the cliff just to score political points isn't fair to the millions of Americans who show up every day to work and do their jobs. It’s time for Congress to do its job.

Make sure you know exactly who this shutdown is directly affecting and then pass it on.

P.S. -- You'll still be able to sign up for affordable health insurance on HealthCare.gov starting tomorrow, shutdown or no shutdown.