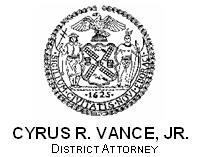 “The theft of computer software developed in-house is a serious and growing threat to businesses, one my office will continue to take extremely seriously,” said District Attorney Vance. “At the same time, we are taking steps to improve our law in this area. When an employee takes software to create his own company, anybody would classify that as ‘stealing’ or ‘theft.’ Under existing state law, however, stealing valuable printer toner out of an office supply closet is a more serious offense than stealing valuable computer source code. I call on the New York State Legislature to adopt the recommendations of the White Collar Crime Task Force and protect intellectual property as rigorously as physical property.”

According to the indictment and statements made on the record in court, CRESSMAN and VUU were both employed as traders at the Manhattan office of Flow Traders, LLC before resigning in March 2013. From August 2011 through August 2012, VUU emailed himself trading strategies for several of the company’s trading desks, as well as computer code for the company’s proprietary trading platform. Shortly thereafter, VUU worked with a friend from college, LU, to begin creating a trading platform for a startup company they intended to form. In December 2012, CRESSMAN, emailed himself proprietary trading strategies on two occasions.

Search warrants executed on VUU, LU, and CRESSMAN’s homes in connection with the investigation yielded, among other things, several electronic devices capable of being used to share stolen code.

Last month, the District Attorney’s Office’s Cybercrime and Identity Theft Bureau held its first-ever Intellectual Property Rights conference at the John Jay College of Criminal Justice. The event, which focused on enforcement in the digital age, was attended by nearly 200 cyber experts, members of state and federal law enforcement, and business, technology, and legal professionals.

District Attorney Vance also recently announced recommendations issued by the New York State White Collar Crime Task Force, which was convened during his tenure as President of the District Attorneys Association of the State of New York. The report, which can be read here, included proposed reforms to state law to better protect intellectual property rights owners, including in the circumstances of this case.

1 The charges contained in the indictment are merely allegations, and the defendants are presumed innocent unless and until proven guilty.