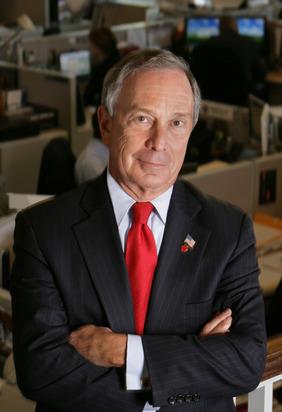 On Tuesday, Mayor Michael R. Bloomberg, Chief Policy Advisor John Feinblatt and Director of the Mayor’s Office of Special Enforcement Kathleen McGee announced that Smart Apartments, which operated illegal hotels in more than 50 buildings in Manhattan and Brooklyn, will pay a $1 million dollar penalty to the City and be permanently prevented from running its illegal business. In addition to the penalty and injunction, the settlement provides for a restitution fund for Smart Apartment tourists affected by its misleading practices – and Smart Apartments has agreed to stop advertising illegally-converted residential apartments for short-term stays of fewer than 30 days. As part of its effort to curb dangerous illegal hotels and ensure safe, lawful accommodations for tourists, the City filed a first-of-its-kind lawsuit against Smart Apartments for operating illegal, unsafe short-term tourist accommodations in residential buildings and for deceptive trade practices that misled tourists. The investigation was spurred by complaints received from New Yorkers and tourists about Smart Apartment locations, which advertised illegal and dangerous locations. The settlement follows the issuance of a preliminary injunction in which the New York Supreme Court agreed with the City that harmful conditions existed at Smart Apartments’ illegal hotels. Affected Smart Apartments customers may be eligible to be reimbursed for un-refunded security deposits or any un-refunded rental payments made to Smart Apartments between May 1, 2011 and November 18, 2013. More information on how to request restitution is available at www.nyc.gov.

“Unregulated illegal hotels are unsafe and pose a danger to the community and those who unwittingly use them,” said Mayor Bloomberg. “Today’s settlement will remove dangerous and illegal conditions, and ensure we continue to safeguard the quality-of-life of both residents and tourists in our city.”

“We have a responsibility to protect New Yorkers and the millions of tourists who visit the five boroughs each year,” said Chief Policy Advisor Feinblatt. “Luring tourists into illegal rooms with unsafe and untenable conditions is a clear violation of the law, and this restitution fund will go a long way towards helping those who were misled by deceptive advertising.”

The Office of Special Enforcement – in response to multiple complaints received from 311, letters, emails and other sources – commenced a wide-ranging investigation into Smart Apartments’ operations and conducted inspections on numerous occasions. In the course of its nearly year-long investigation, the Office of Special Enforcement discovered hundreds of permanent residential apartments illegally-operated for short-term stays by Smart Apartments. In some instances, follow-up inspections uncovered no change in the use of illegally-converted residential apartments, and residents and guests continued to be endangered due to the presence fire safety hazards – despite the issuance of violations by the City. The City’s lawsuit is based on Smart Apartments repeatedly committing deceptive trade practices against visitors and tourists seeking short-term accommodations in New York City.

Under State Law, it is illegal to occupy units intended for permanent occupancy in residential buildings for short-term stays of 29 days or less. The lawsuit is also based on the public nuisance caused by illegally renting permanent residential units to short-term occupants without those dwellings having the required fire and safety features. This creates significant security risks in buildings – which are not staffed to handle short-term occupancies – and causes a degradation in the overall enjoyment, safety and comfort of neighboring residents. Examples of conditions found at Smart Apartments’ locations include inadequate sprinkler systems, no fire alarms, occupancy contrary to Certificate of Occupancy as well as inadequate smoke detectors. The lawsuit notes that the conditions in these illegally-converted buildings – including excessive noise and traffic from unknown guests and constantly changing individuals – negatively affect the health, safety, security and general welfare of the residents of the City of New York, particularly those in surrounding units and buildings.